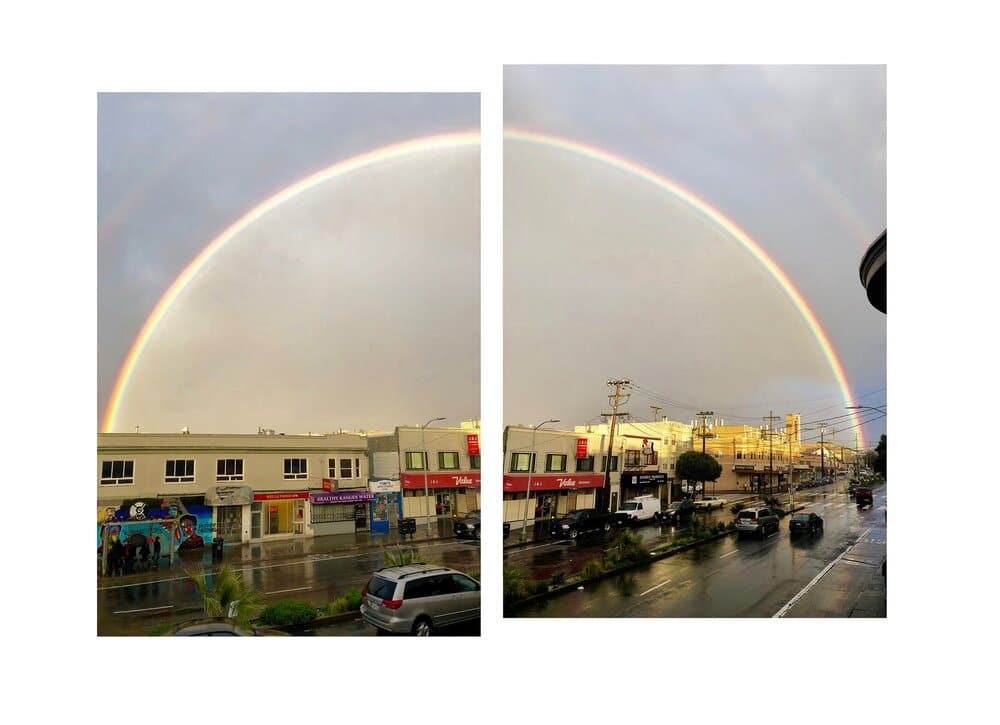 October 10 to December 20– Kari Orvik: Geneva at SF Camerawork: This ongoing photographic series offers a glimpse into the Outer Mission neighborhood at the corner of Mission Street and Geneva Avenue, the location of Orvik’s tintype portrait studio. The exhibition is both a personal inquiry and a documentary project across multiple photographic formats: from wetplate collodion images on metal, glass and acrylic, to traditional silver gelatin prints, to color and digital portraits and landscapes. SF Camerawork is located at 1011 Market Street, 2nd floor. 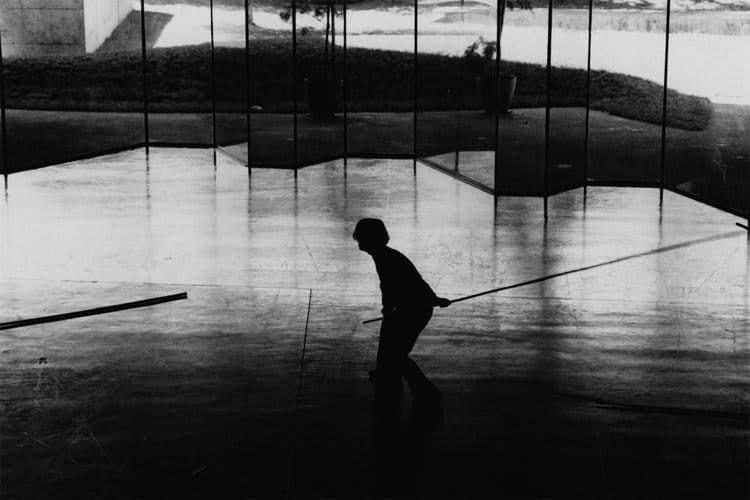 October 11 to December 10– Terry Fox: Resonance at Various Bay Area Institutions: Terry Fox (1943-2008) was a leading figure in the Bay Area art scene of the late 1960s and 1970s. His work explored issues of the body, time, spirituality, and social protest. Fox was a first-generation Conceptual artist who helped develop the new genres of body art, performance, installation, video, and sound. This roving exhibition, curated by Dena Beard and Constance Lewallen, will celebrate and reinvigorate the spirit of Fox’s works in multiple spaces around the Bay Area, including The Lab, CCA Wattis Institute for Contemporary Arts, Grace Cathedral, the University of California, Berkeley Art Museum and Pacific Film Archive, 871 Fine Arts, Cushion Works, and the libraries of the San Francisco Art Institute and the San Francisco Museum of Modern Art. 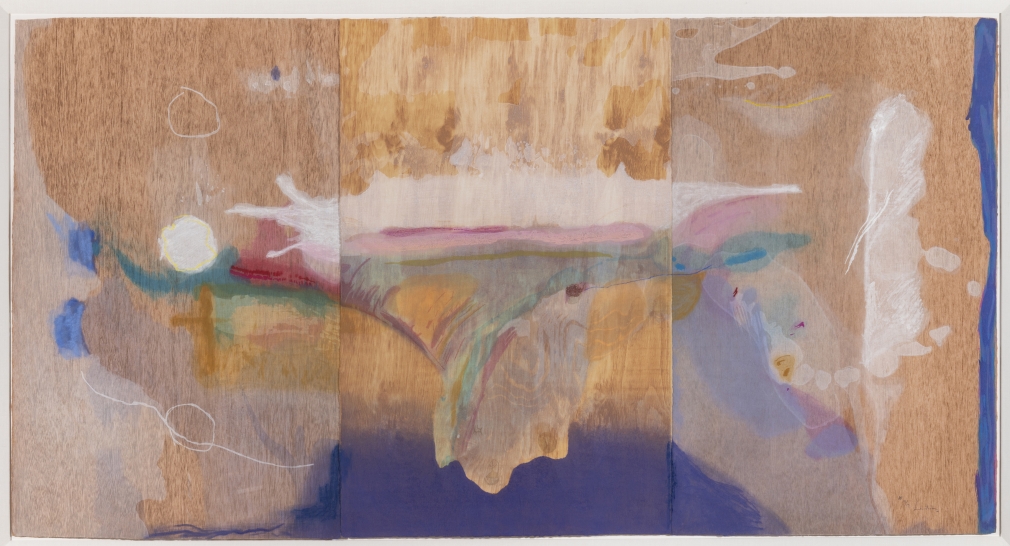 Ongoing to November 9– Helen Frankenthaler: Paintings at Berggruen Gallery: Spanning three decades of Frankenthaler’s career, this exhibition includes some of the artist’s most significant and evocative paintings, highlighting the evolution of her artistic practice in the ways she translated the world around her. The artist did not follow stringent rules of painting, but instead employed a pioneering soak-stain technique that ultimately created new parameters and possibilities. The effect is almost translucent, more closely resembling watercolor than her actual mediums of oil or acrylic. Frankenthaler’s paintings are emphatically non-representational, yet her work is often rooted in an evocation of landscape. The exhibition demonstrates this exquisite complexity, revealing the interplay of control and spontaneity. Berggruen Gallery is located at 10 Hawthorne Street. 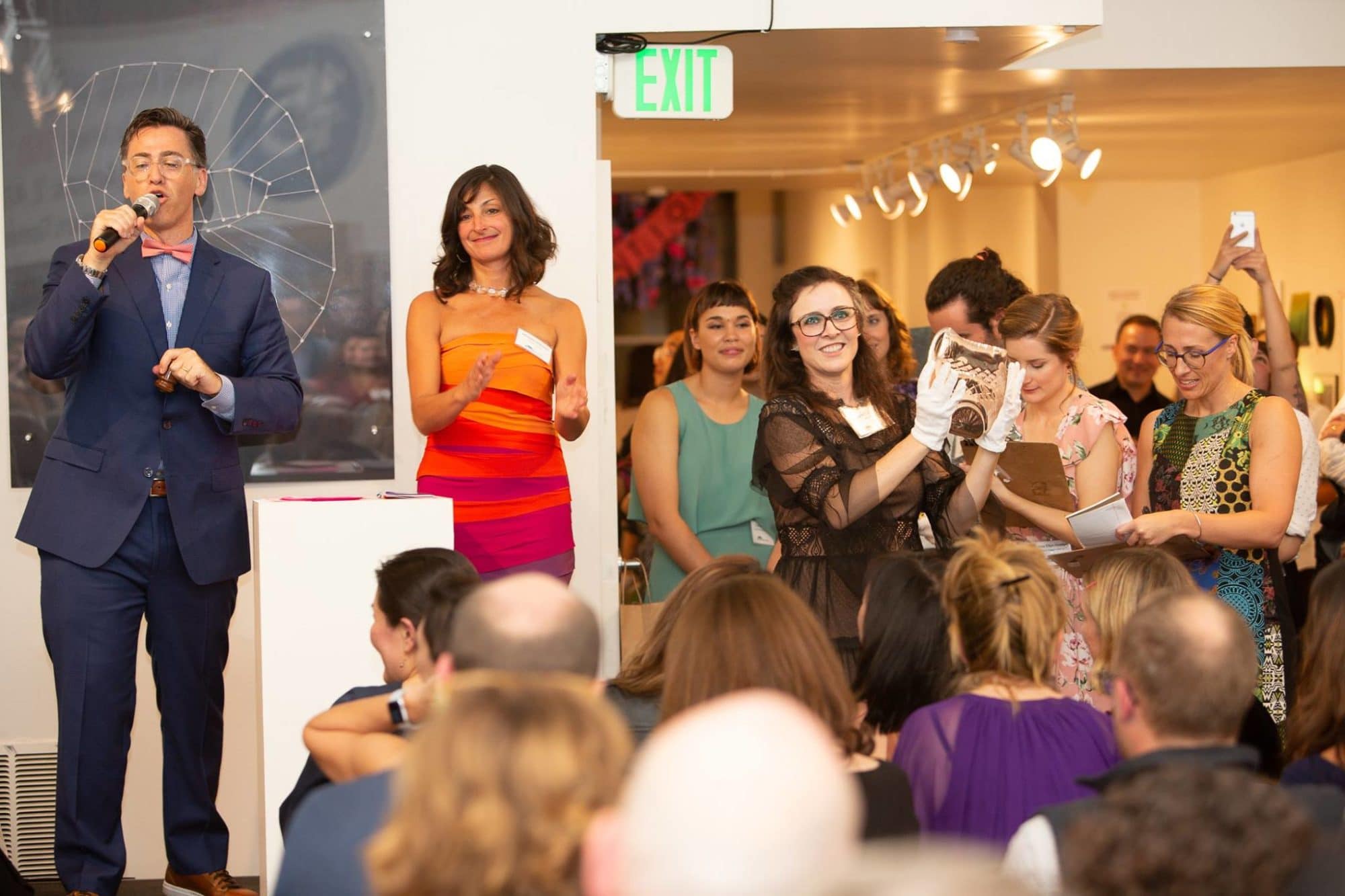 Ongoing to December 8– Changing and Unchanging Things: Noguchi and Hasegawa in Postwar Japan at the Asian Art Museum: U.S.-born sculptor and designer Isamu Noguchi and Japanese painter Saburo Hasegawa both reacted to the catastrophic effects of the Second World War by questioning how art could balance tradition and modernity, Japanese culture and foreign influences, past and present. They were both committed to modernist practices but felt that modernism needed a new direction, one that could be provided by a deep exploration of Japanese art and design. Together, they visited historic gardens, palaces and temples around Kyoto to immerse themselves in traditional Japanese culture. The exhibition traces the work, ideas and mutual influence of these two artists. Situating the work of both artists side by side forcefully reveals their innovative fusion of Japanese tradition and modernist form and shared aesthetic sensibilities. The Asian Art Museum is located at 200 Larkin Street. 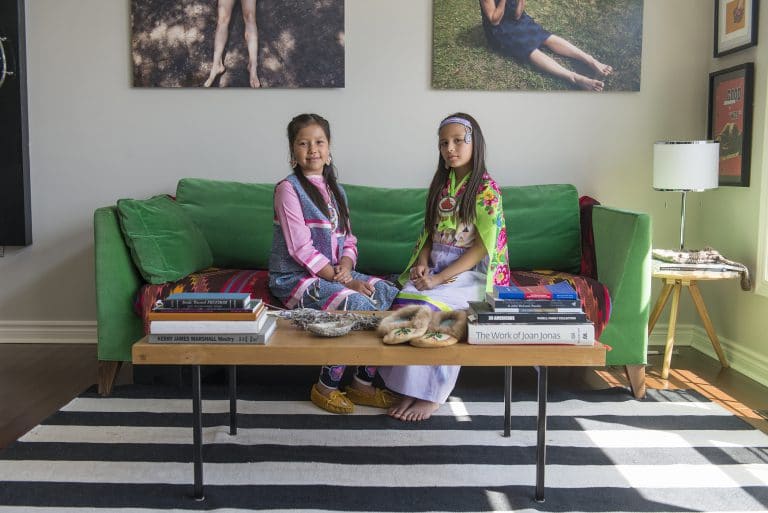 Tanya Lukin Linklater with Liz Lott, “The treaty is in the body”, 2017. Image courtesy of the artist and SFMOMA.

October 26 to February 17– SOFT POWER at SFMOMA: The exhibition is about the ways in which artists deploy art to explore their roles as citizens and social actors. Appropriated from the Reagan-era term used to describe how a country’s “soft” assets such as culture, political values, and foreign policies can be more influential than coercive or violent expressions of power, the title contemplates the potential of art and offers a provocation to the public to exert their own influence on the world. The exhibition features new commissions and recent works by twenty international artists. Together, the works demonstrate a concept that acknowledges the complexity, darkness, and opacity from which our reality emerges. SFMOMA is located at 151 Third Street. 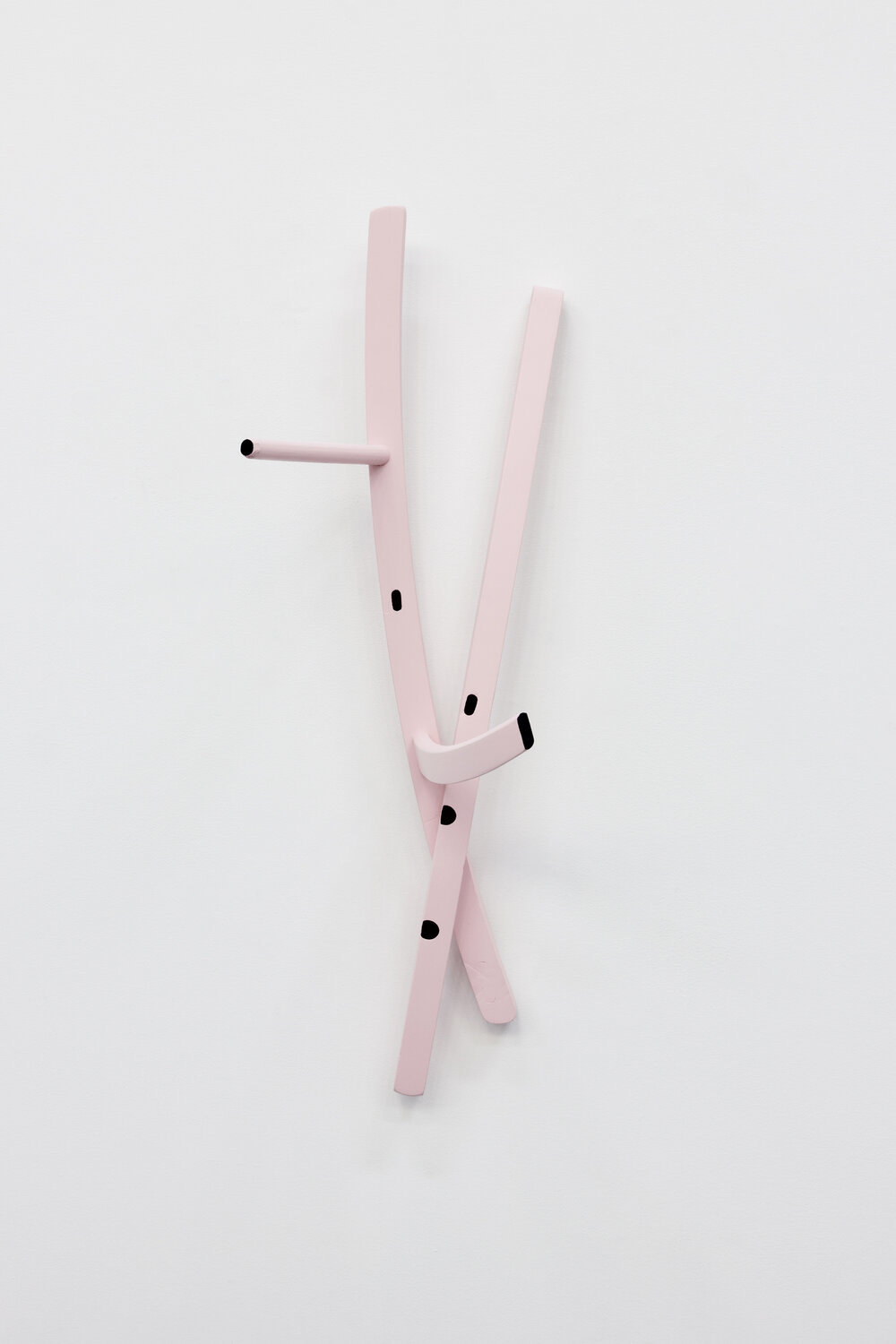 Ongoing to November 9– Kristina Lewis: Fold Up Room at Bass & Reiner: Beginning with common household discards, Lewis studies the relationship between an object’s dysfunction and potential for reinvention. Part collector and part  archaeologist, she wonders how our trash might be revalued by ensuing generations. Imagined as future relics, items as disparate as Venetian blinds, hangers, or shelf brackets are given a second life. Through the arrangement of a series of sculptural modifications, Lewis conceptualizes and compartmentalizes the gallery to establish a path to a place where objects live outside of their predetermined expectations, folding and unfolding, making room for reconsideration. Bass & Reiner is located at 1275 Minnesota Street, Suite 207. 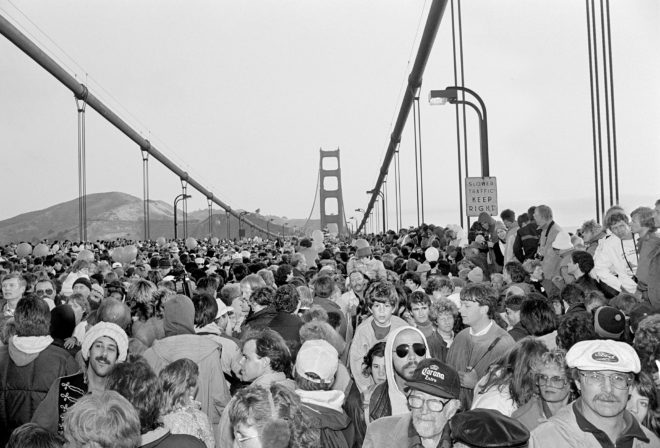 Ongoing to January 18– Michael Jang’s California at McEvoy Foundation for the Arts: While Michael Jang has had a significant career as a professional portrait photographer, he has also been photographing people in the streets for over fifty years. As a student at California Institute of the Arts and the San Francisco Art Institute in the 1970s, he demonstrated an uncanny ability to capture both the idiosyncratic and the quintessential in a wide range of subjects, from his own family at home in suburbia to celebrities of the era partying at the Beverly Hilton. The work in the exhibition is an assemblage of dozens of vintage and contemporary prints as well as notebooks and ephemera from seminal encounters over the years. McEvoy Foundation for the Arts is located at 1150 25th Street, Building B. 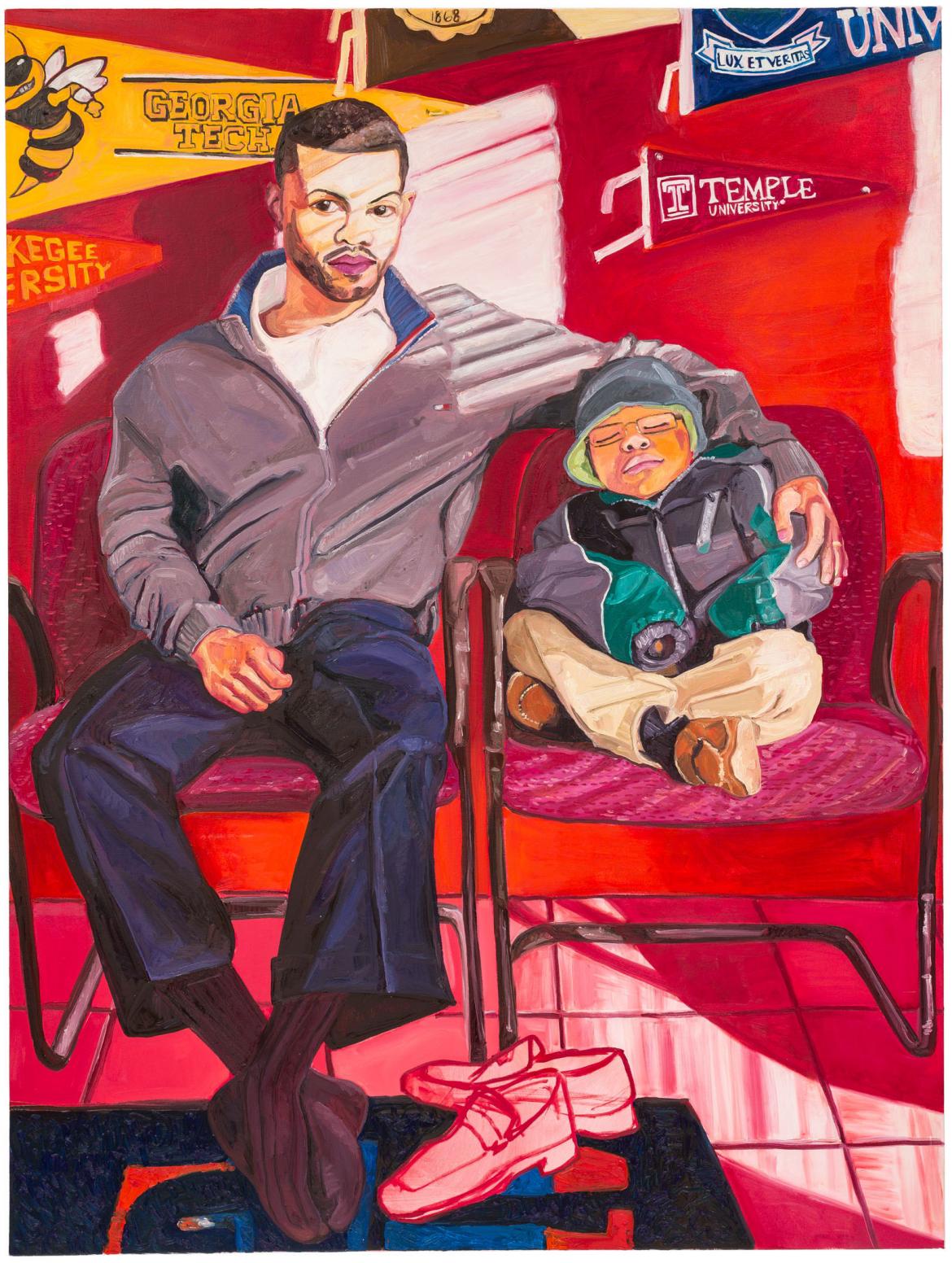 Ongoing to February 2– Jordan Casteel: Returning to Gaze at the Cantor Arts Center: This is the first solo museum show for Harlem-based artist Jordan Casteel. Her nearly life-size portraits and cropped compositions chronicle personal observations of the human experience. The portraits of the Harlem community members are intimate portrayals of often overlooked members of society. Casteel’s artistic process often begins by walking the streets of Harlem and engaging with members of her community. During the course of these interactions, the artist takes photographs of those she encounters. These photographs become the source material she transforms into electrically-colored, intimate paintings that demand the viewers’ attention. Casteel roots her painting practice in community engagement and takes a deeply empathetic approach to portraiture. The Cantor Arts Center is located at 328 Lomita Drive in Stanford.