We are happy to share that galleries are starting to re-open by appointment with limited hours. Remember to always check with the gallery before making a visit. Masks are required and limited visitors are allowed inside. This is a great opportunity to see local art in-person in a safe environment! 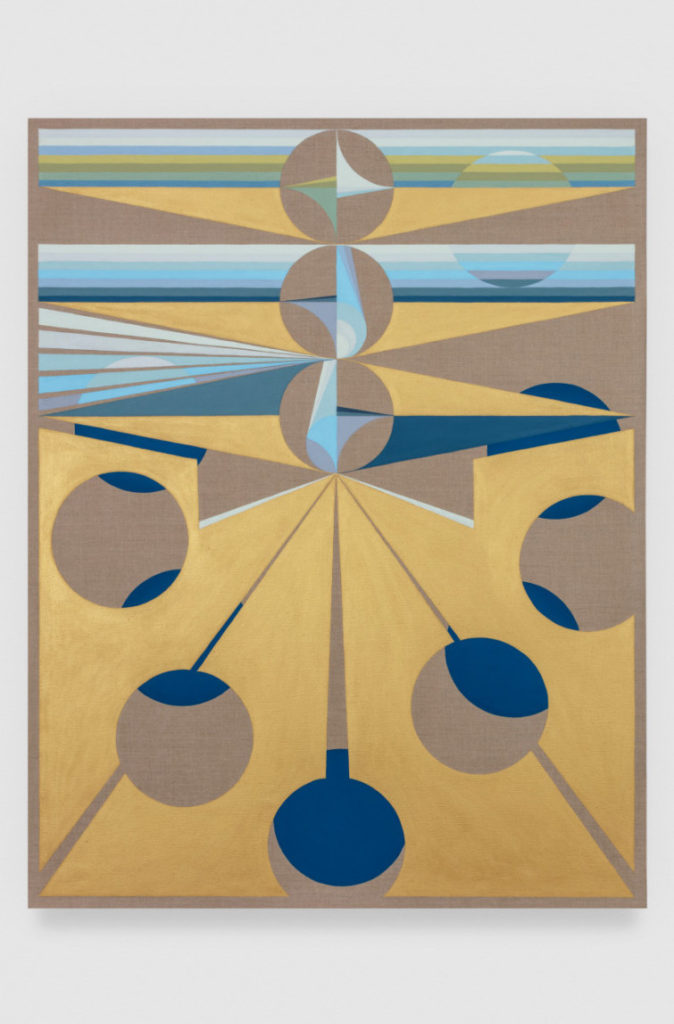 Ongoing to August 14– Eamon Ore-Giron: Conspirateurs at Friends Indeed Gallery: The paintings marry the aesthetics of indigenous and craft traditions with 20th-century Avant Garde, seeking to rethink the canon of Western art history. The title of the exhibition, Conspirateurs, comes from an 18th-century board game invented after the French Revolutionary Wars, a period of urgent political activity much like today. The point of the game is to bring as many people as possible into sanctuary by moving pieces, that represent people, to the periphery of a gridded board. Colored spaces at the center of the board offer secret meeting areas for revolutionaries in hiding. Ore-Giron’s painting can be understood as being comprised of architectural forms. Each painting has fixed points and various elements, and the viewer is invited to decode the works. Friends Indeed Gallery is located at 716 Sacramento Street. 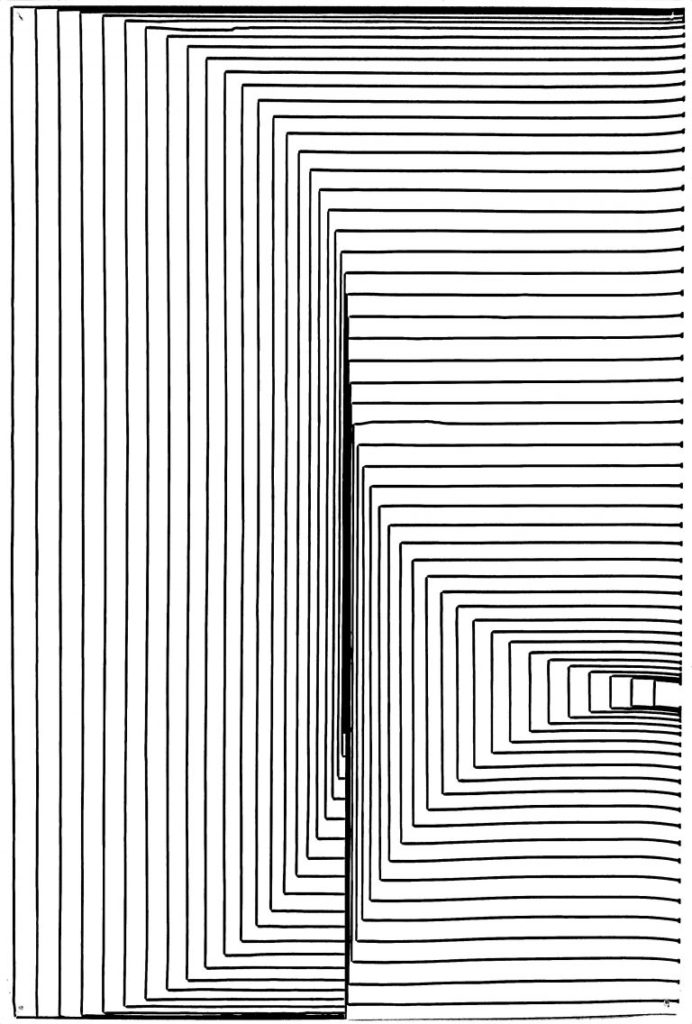 July 20 to August 29– Tim Hawkinson: Tantric Drip Drawings at Hosfelt Gallery: The word “tantra,” Sanskrit for “loom” or “weave,” is a metaphor for Hindu and Buddhist spiritual practices that bring together rituals, texts and teachings to guide understanding of the universe and a person’s place within it. To create this group of large-scale drawings, Hawkinson constructed a contraption that functions in much the same way as a tattooist’s needle. Using it to squirt India ink, he makes straight lines upon sheets of paper mounted on a turntable that’s fixed flat to the wall. He drips his ink, spins the paper and repeats the process from different angles to construct complex geometric forms that bulge and bend across the picture plane. Each, constructed though the ritualistic buildup of lines, is a token of Hawkinson’s idiosyncratic practice. Hosfelt Gallery is located at 260 Utah Street. 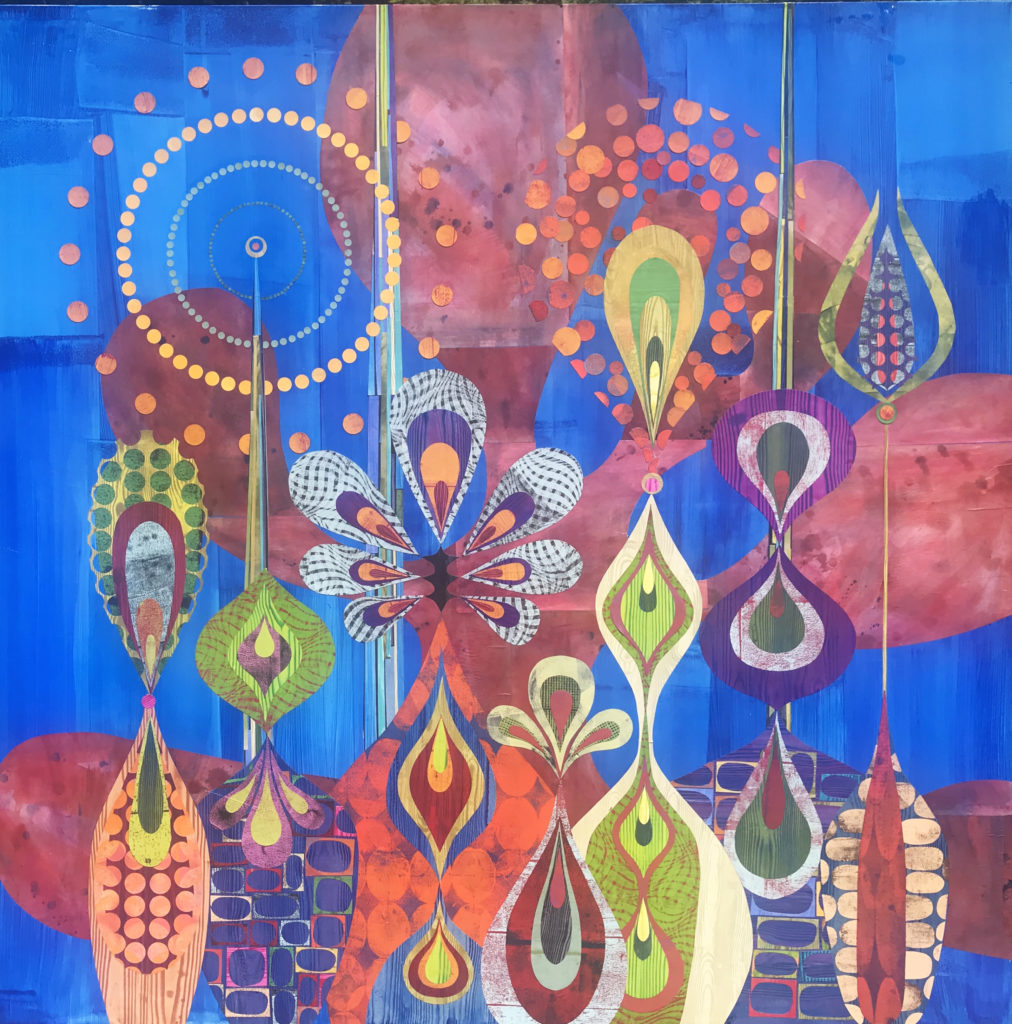 July 10 to August 30– Rex Ray, Cut and Paste at Gallery 16: Rex Ray was an important American artist whose career blossomed in San Francisco in the late 1980s. A major cultural force in the art, literary, and activist communities in the Bay Area, he was recognized for his signature work in collage and his pop aesthetic. The exhibition will showcase never before seen paintings, collages, and prints that demonstrate his incredible relationship with composition, color, and collage. Gallery 16 is located at 501 Third Street. 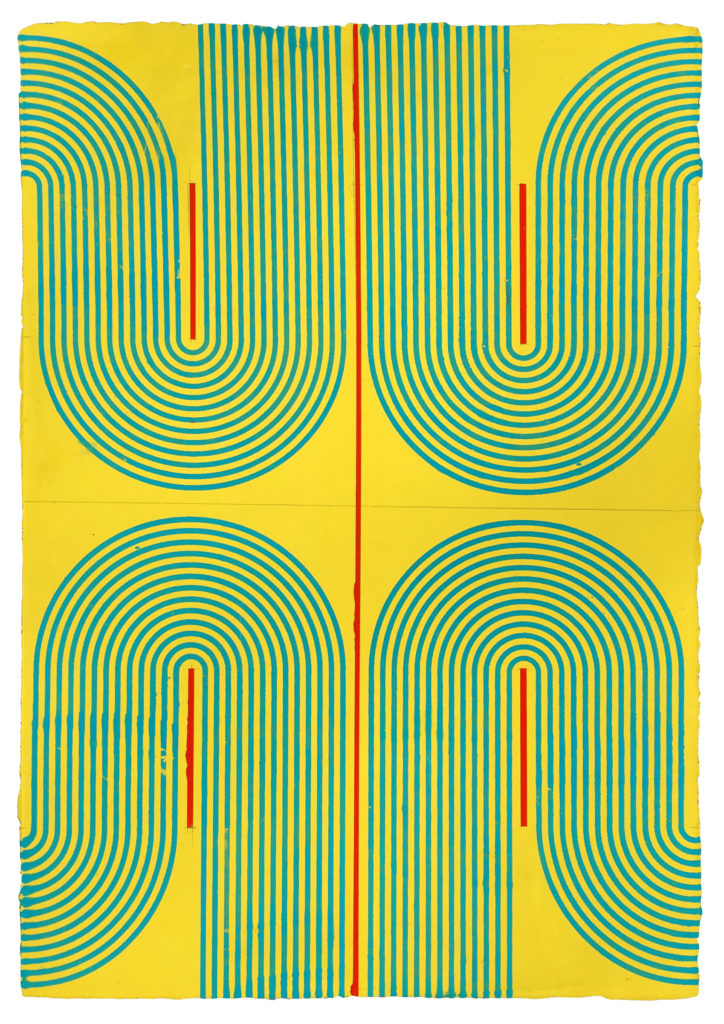 July 25 to September 12– Elise Ferguson: Works on Paper Survey 2015-20 at Romer Young Gallery: Using pattern and color, along with a range of process-driven approaches and modern materials, Ferguson creates works based on mathematical puzzles and geometric variations that land somewhere at the intersection of painting, sculpture and printmaking. Romer Young Gallery is located at 1240 22nd Street.

Wednesday, July 1, 6 to 7:30pm– Online Conversation: Is Your Face Your Own? AI, Facial Recognition, and the Arts at SF Camerawork: Facial recognition and Artificial Intelligence algorithms are already a part of our day to day lives. But these same technologies are used by governments, technology companies, and police departments in ways that raise serious concerns regarding our civil liberties and expectations of privacy. This event is an online conversation with a variety of artists and researchers who will discuss the current uses of facial recognition and AI in the public sphere and in criminal justice. 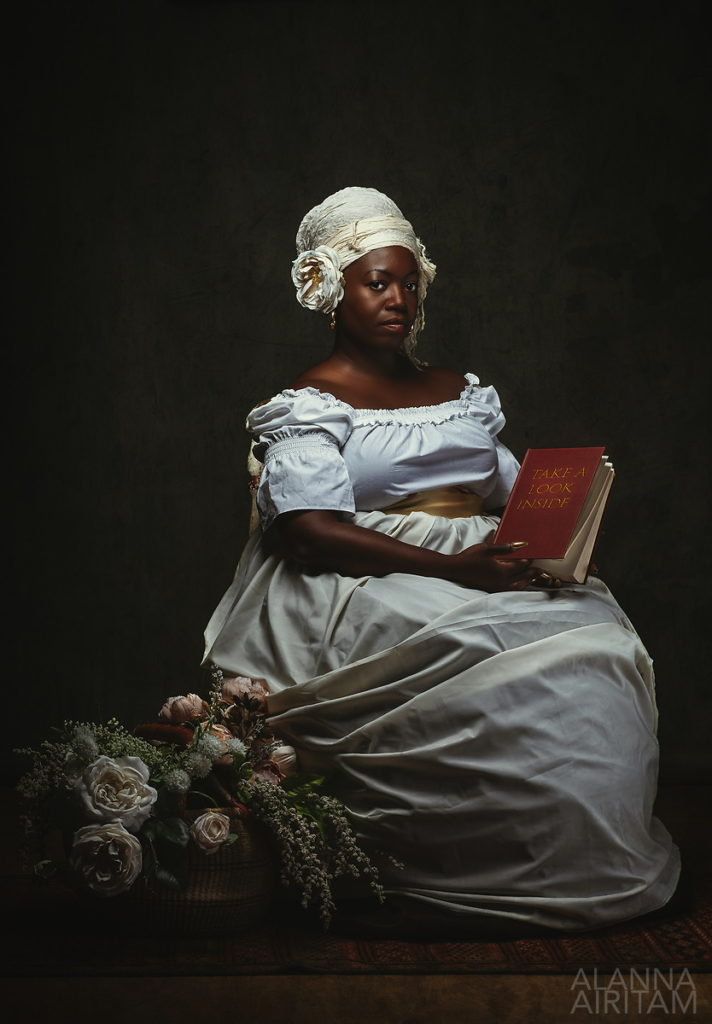 July 1 and every Wednesday, 1 to 2pm– In The Artist’s Studio online series at Museum of African Diaspora (MoAD): Each Wednesday at 1pm PST, MoAD staff joins a different artist in their studio to see what they’re currently working on and how their work is changing as a result of the quarantine.

On July 1, artist Alanna Airitam will be giving a talk on generalized stereotypes and the lack of fair and equal representation of people of color in art spaces. Airitam researches critical historical omissions and how those contrived narratives represent and influence succeeding generations. Her photographic works ask the viewer to question who they are and how they choose to be seen. 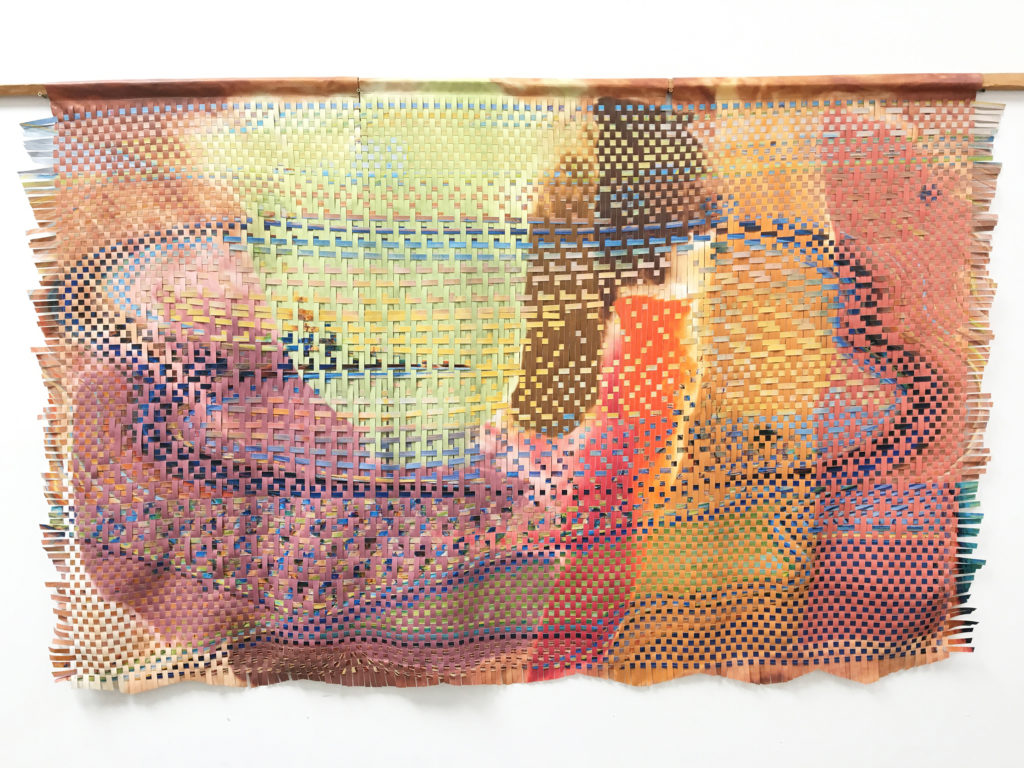 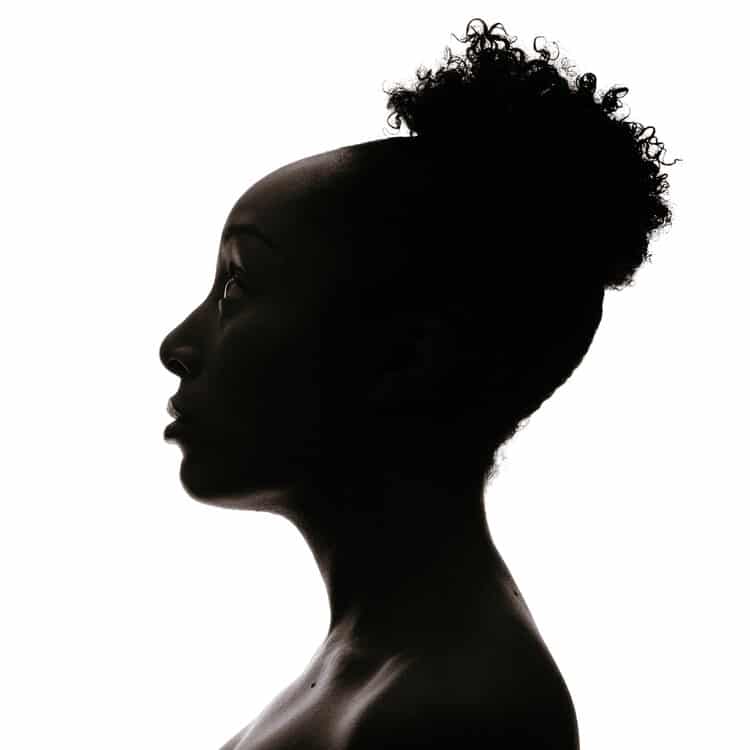 Erica Deeman, “Untitled 11”, 2014. Image courtesy of the artist and Headlands Center for the Arts.

July 9 to 21– Online Benefit Auction for Headlands Center for the Arts: This year, the Headlands auction will be held online and will feature works and creative experiences by over 80 artists. Proceeds will provide critical funding to Headlands and participating artists receive a 50% commission on the sale of their work. Headlands will also be donating 10% of proceeds and funds donated to Bay Area Organizations: Transgender Gender-Variant & Intersex Justice Project and Anti Police-Terror Project. 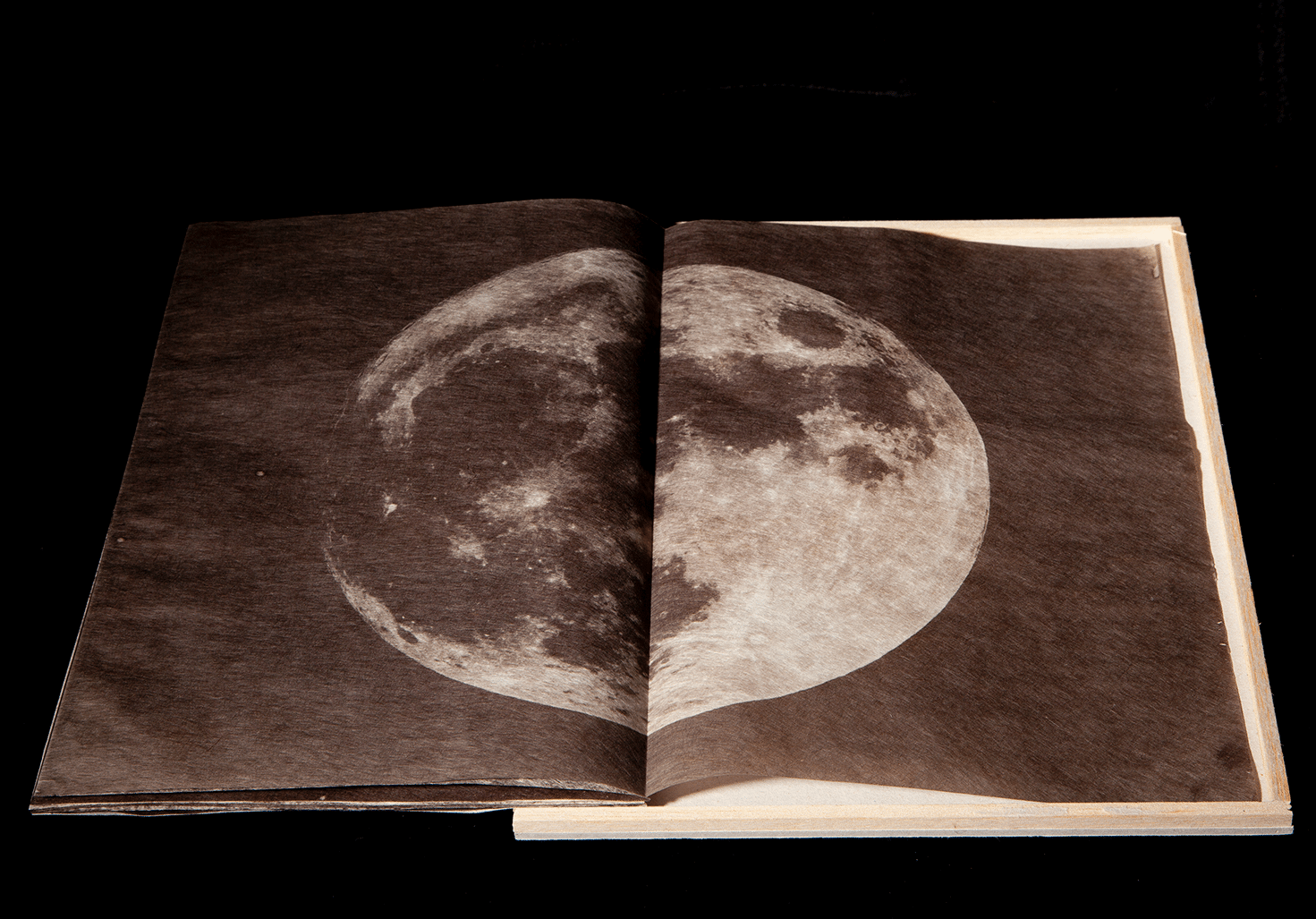 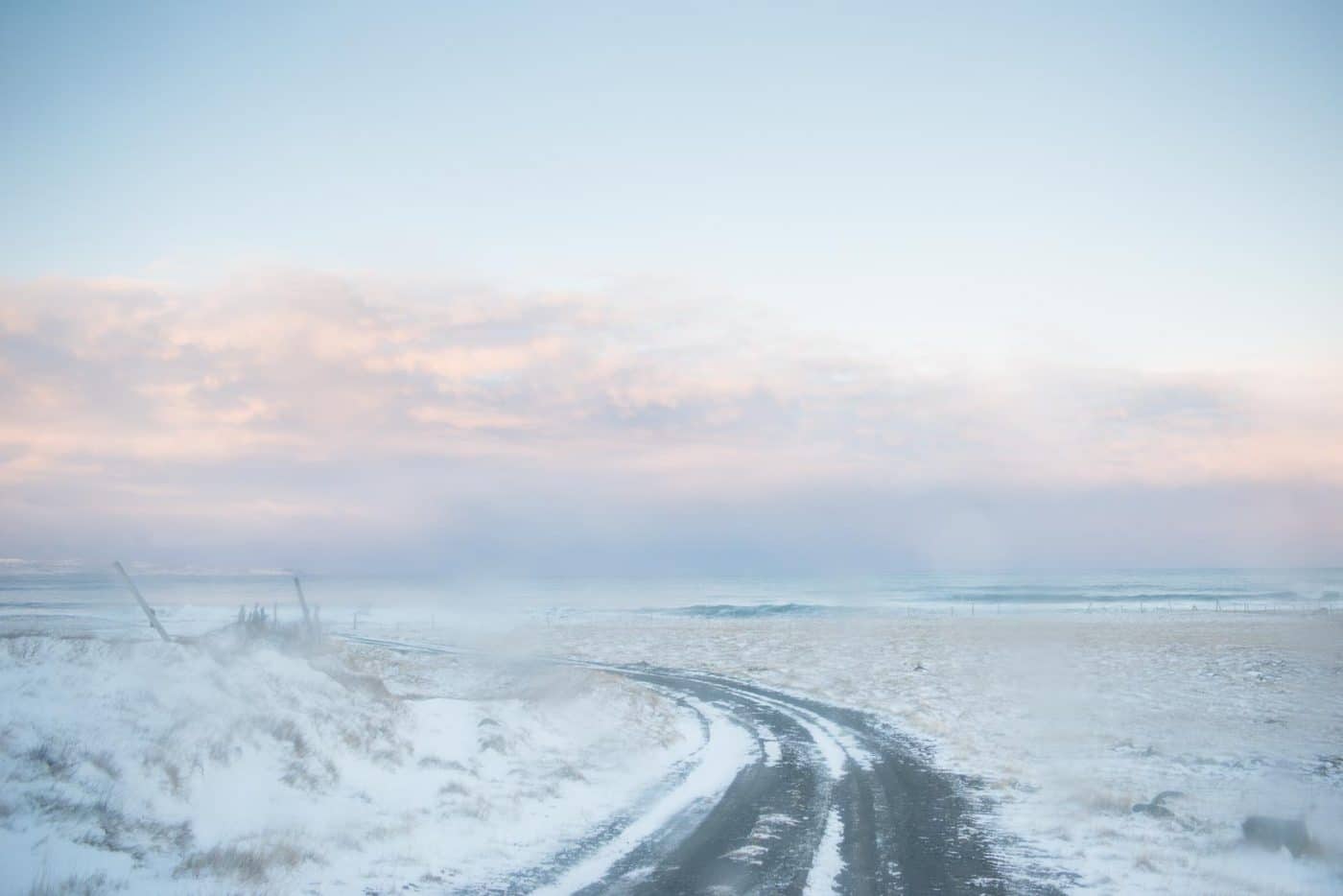 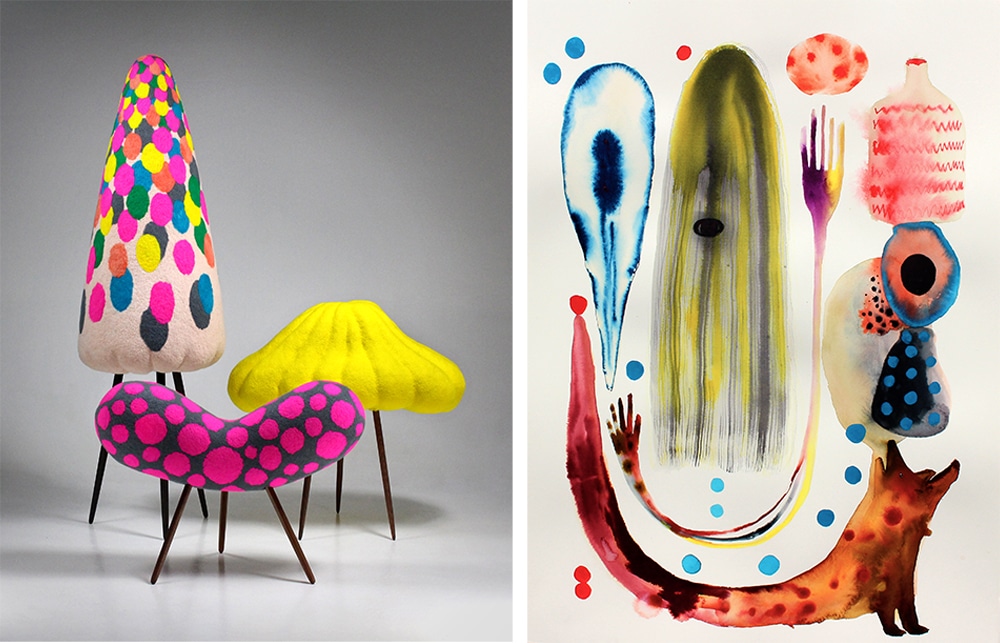 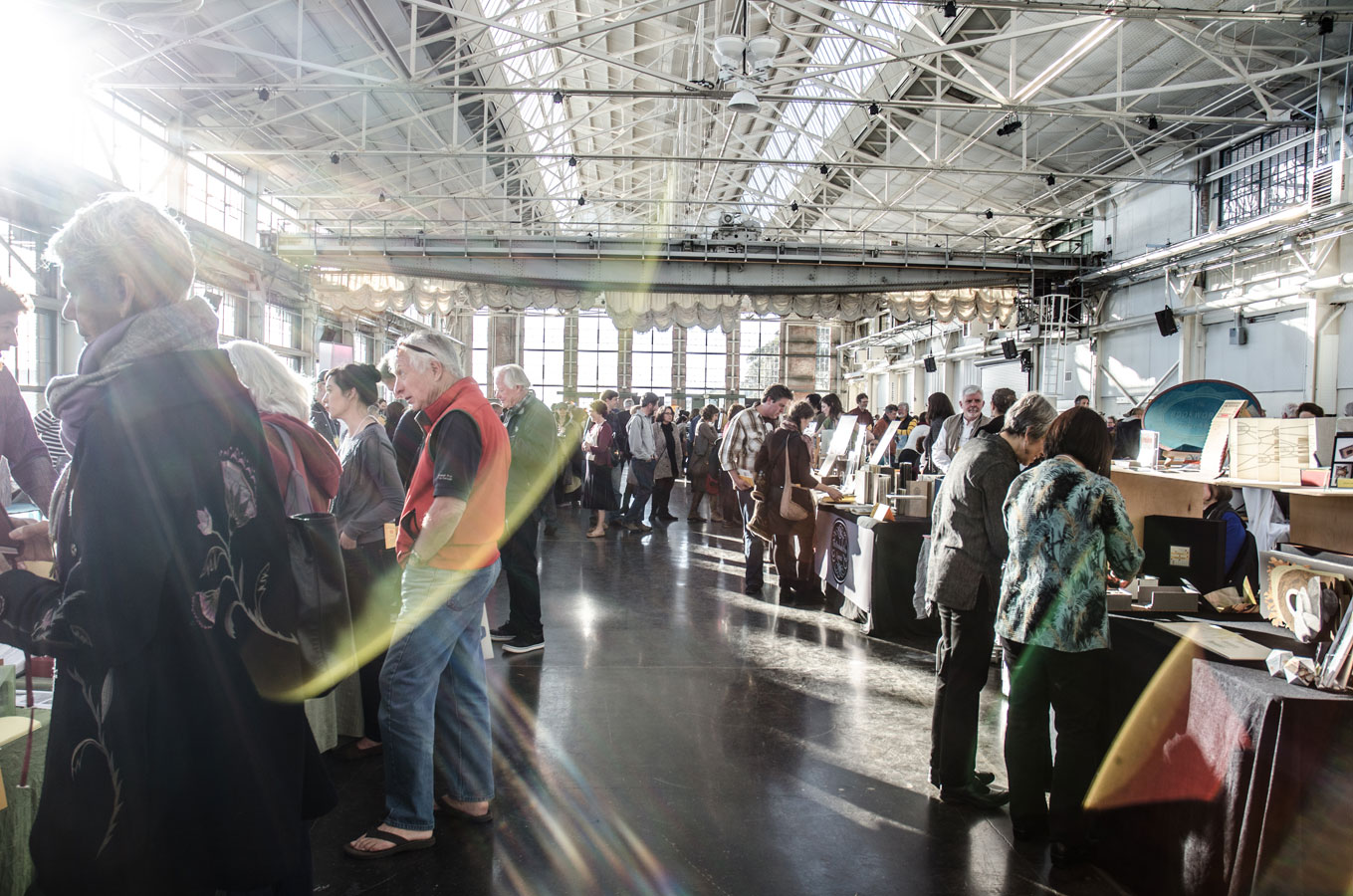 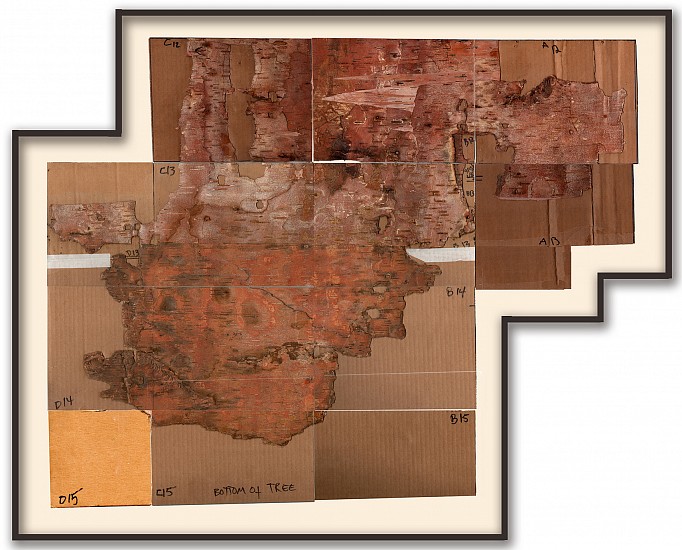 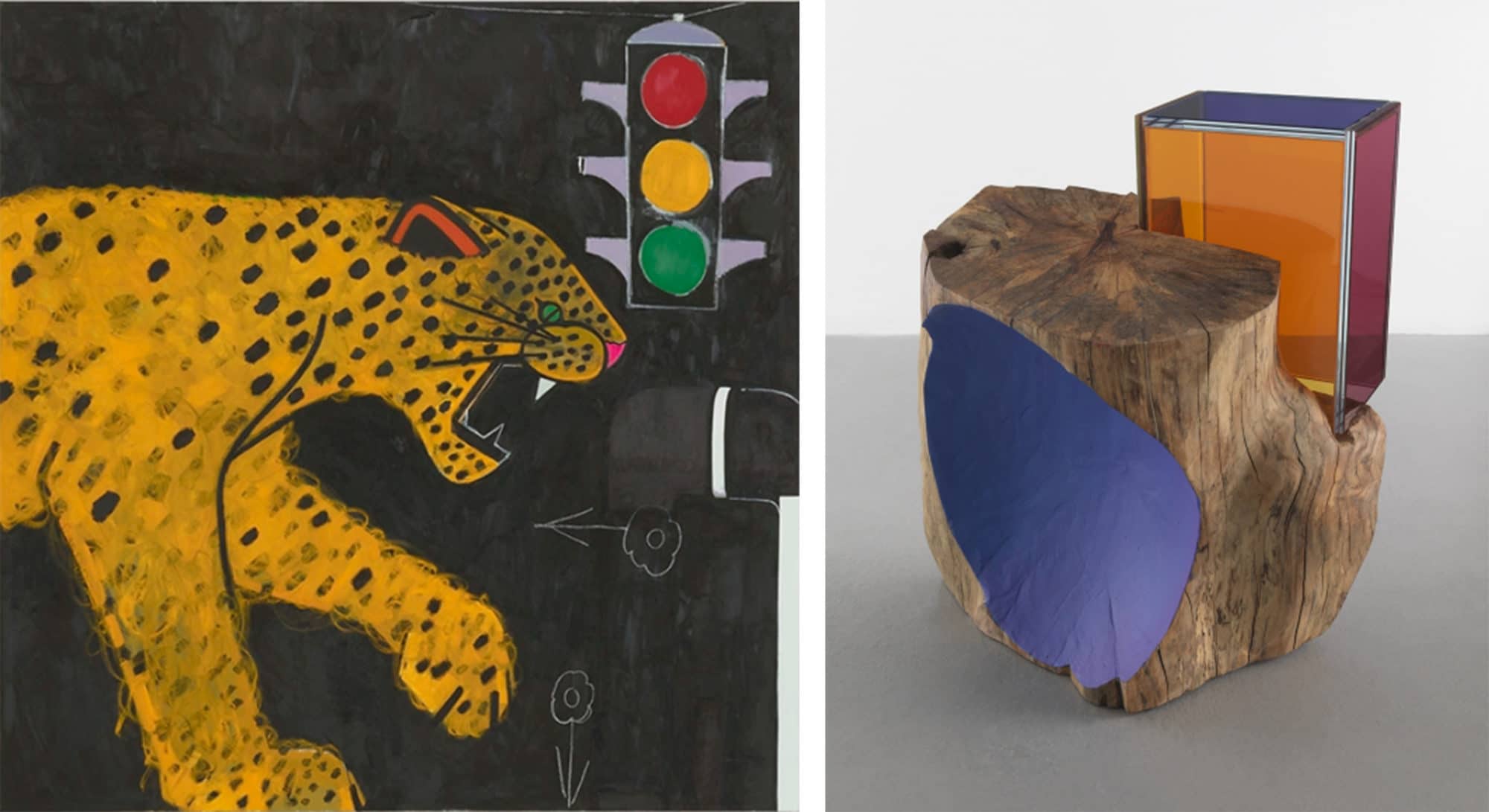 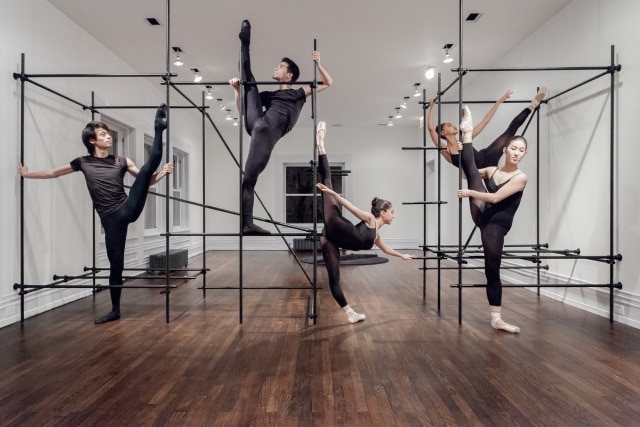