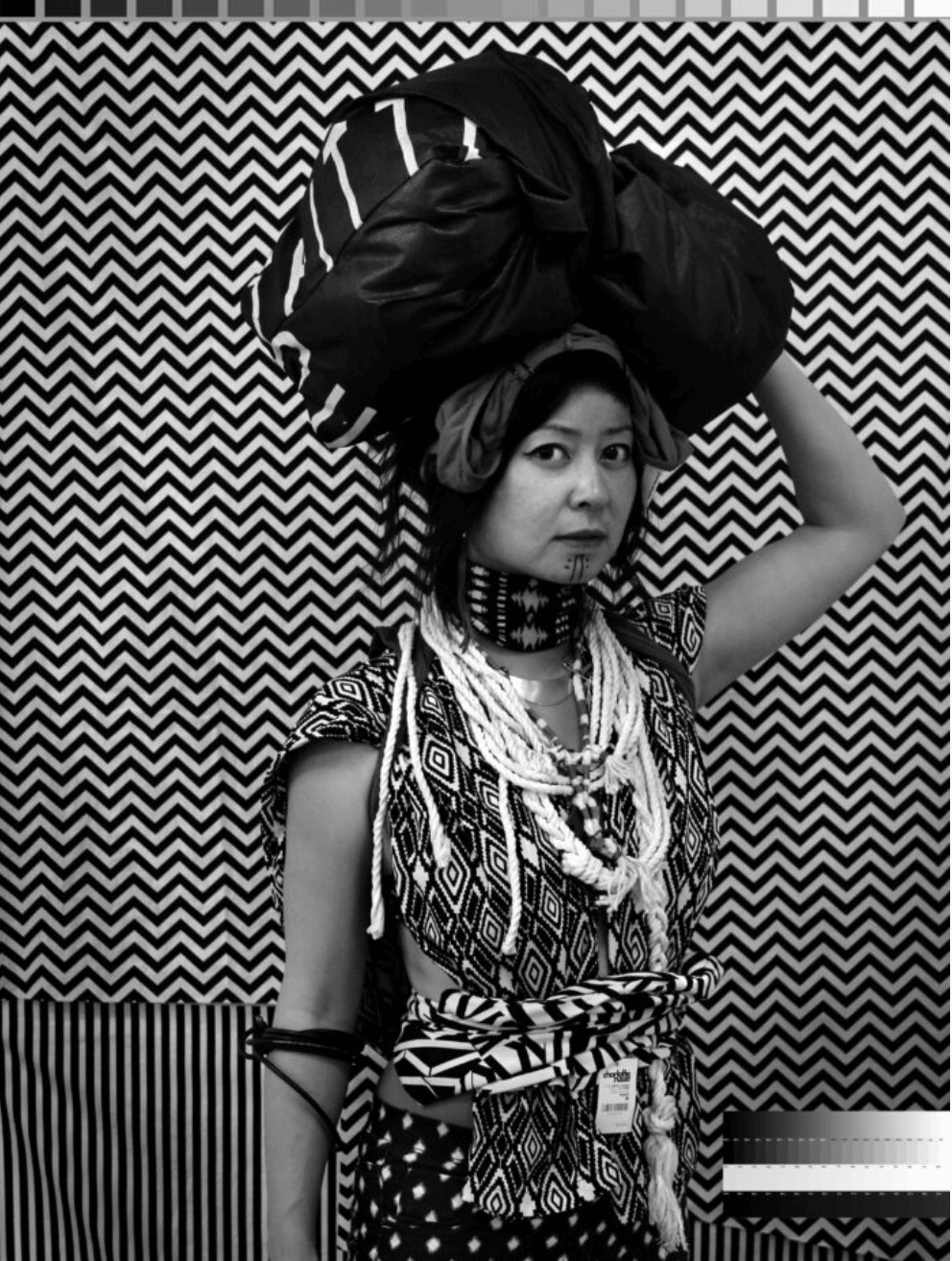 Ongoing to March 5 – Stephanie Syjuco: White Balance/Color Cast at Anderson Collection at Stanford University:  White Balance/Color Cast derives from Syjuco’s established interest in photographic standards of imaging, color calibration charts, and photography’s suggestive powers. The commonly used term, white balance, refers to the process of removing an image’s color cast, shifting the image to what could be considered a more “neutral” or accurate representation. In Syjuco’s case, she uses these traditional imaging terms to question how photography and imaging standards—such as the quest for “correct” color—reflect deep seated biases, positioning whiteness as its center.

Thursday, November 3, 6:00 pm – Stephanie Syjuco in Conversation with Kim Beil:  Syjuco will discuss her exhibition on view, her artistic process, and how her work addresses belonging, racialization, difference, and visibility. Kim Beil is the Associate Director of ITALIC (Immersion in the Arts: Living in Culture) program at Stanford and an art historian who specializes in the history of photography.  Reserve tickets here. 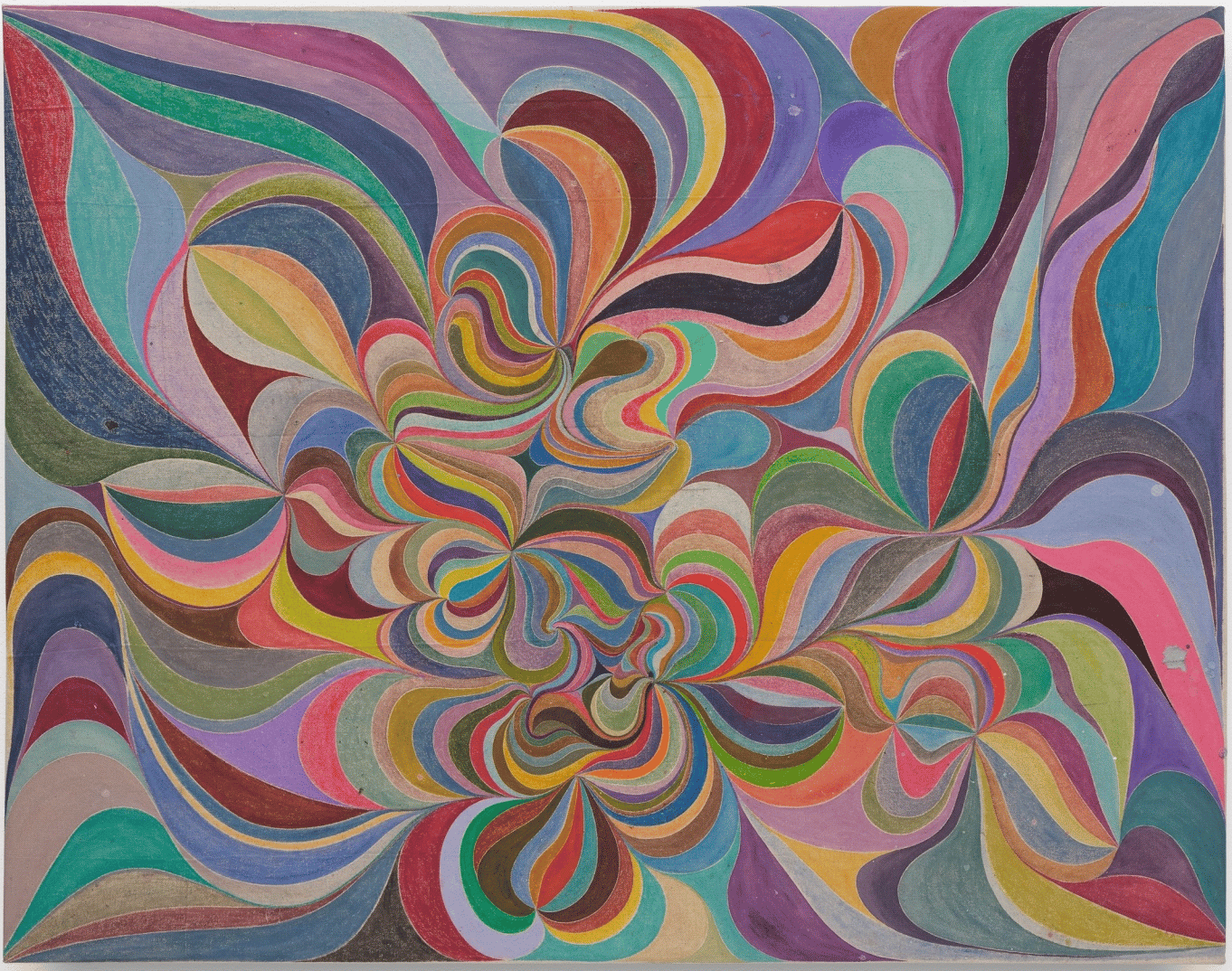 November 3 to December 17 – Chris Johanson at Altman Siegel:  Contemplating the cycle of life, and of the material possessions we accumulate, Johanson’s focus on repurposing found objects has deepened. Trading wood substrates for canvases constructed with found stretcher bars and recycled drop cloths, materials more resistant to paint than commercial canvas, Johanson has intentionally slowed down his process, using painting as a means of mindfulness and meditation. In slowing down, Johanson has eschewed text and figuration for thoughtful abstraction, utilizing form, color, and movement to reflect on themes of bereavement, connection, and impermanence. His swirling color fields, each shade unique, create peaceful rhythms, underscoring the artist’s exploration of artmaking as a healing, therapeutic process. 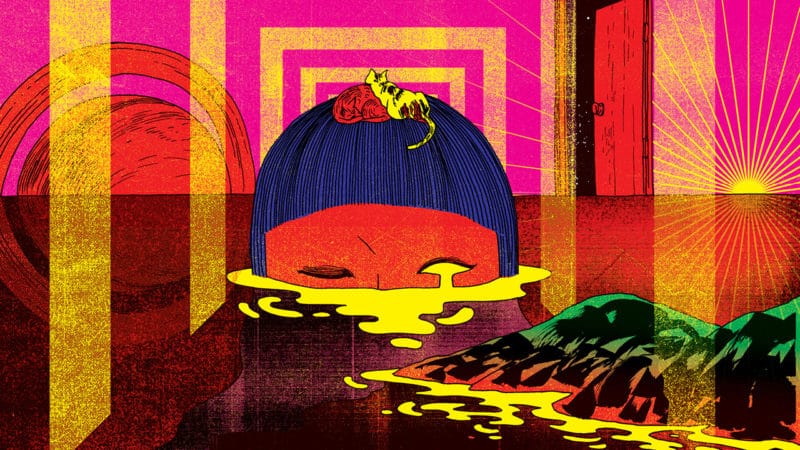 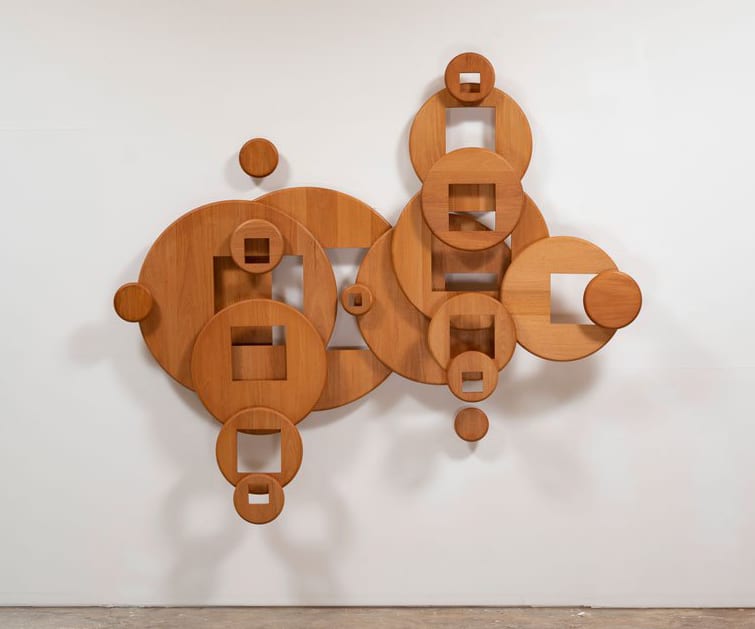 November 5 to January 7 – Marco Castillo: Parlor Games at Haines Gallery:  Castillo’s ongoing investigation into the visual lexicon of post-Revolutionary Cuba sees him embodying a fictional designer from this time. Colorful works on paper from his Libreta de notas (Notebooks) series showcase these experiments in abstraction, each synthesizing the period’s aesthetic modes. At the center of the exhibition is Familia Castillo Valdes (2022), a multipart mahogany sculpture from Castillo’s latest series Juego de sala, which engages with forms and materials from Cuban modernism while examining the consequences of the revolution on domestic life. 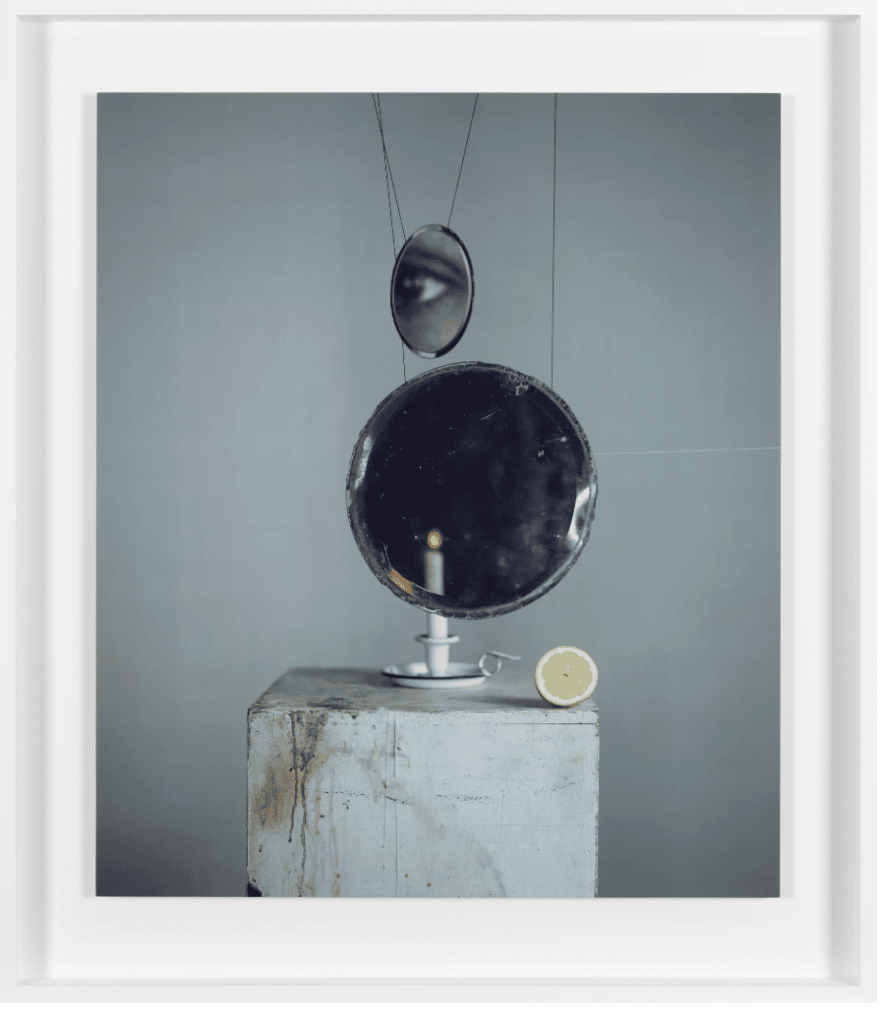 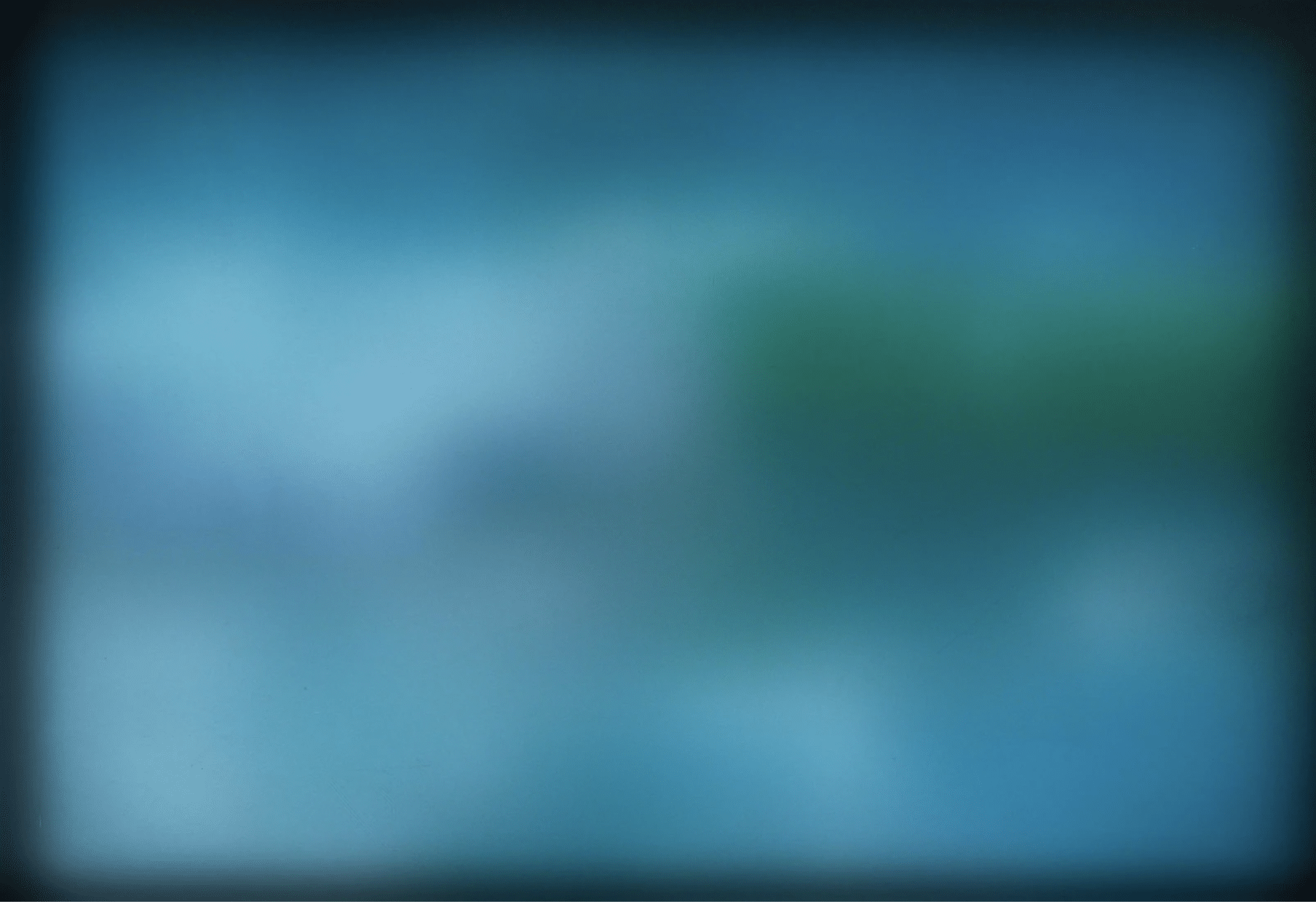 May 7 to June 11 – Jim Campbell: Wandering at Hosfelt Gallery:  Jim Campbell uses technology to filter images of daily life, mediating the audience’s encounter with his subjects and amplifying the flow of time and memory. Campbell primarily utilizes LEDs to translate time-based subjects—scenes of jostling crowds, found home movies, and the rhythmic movements of nature, such as waves and clouds—into blurred, sculptural or gridded forms that test the limits of perception.  Exploring the line between representation and abstraction, Campbell plumbs the human ability to interpret information and “fill in the gaps” necessary to create a complete idea. Opening reception is Saturday, May 7, 3–5 pm. 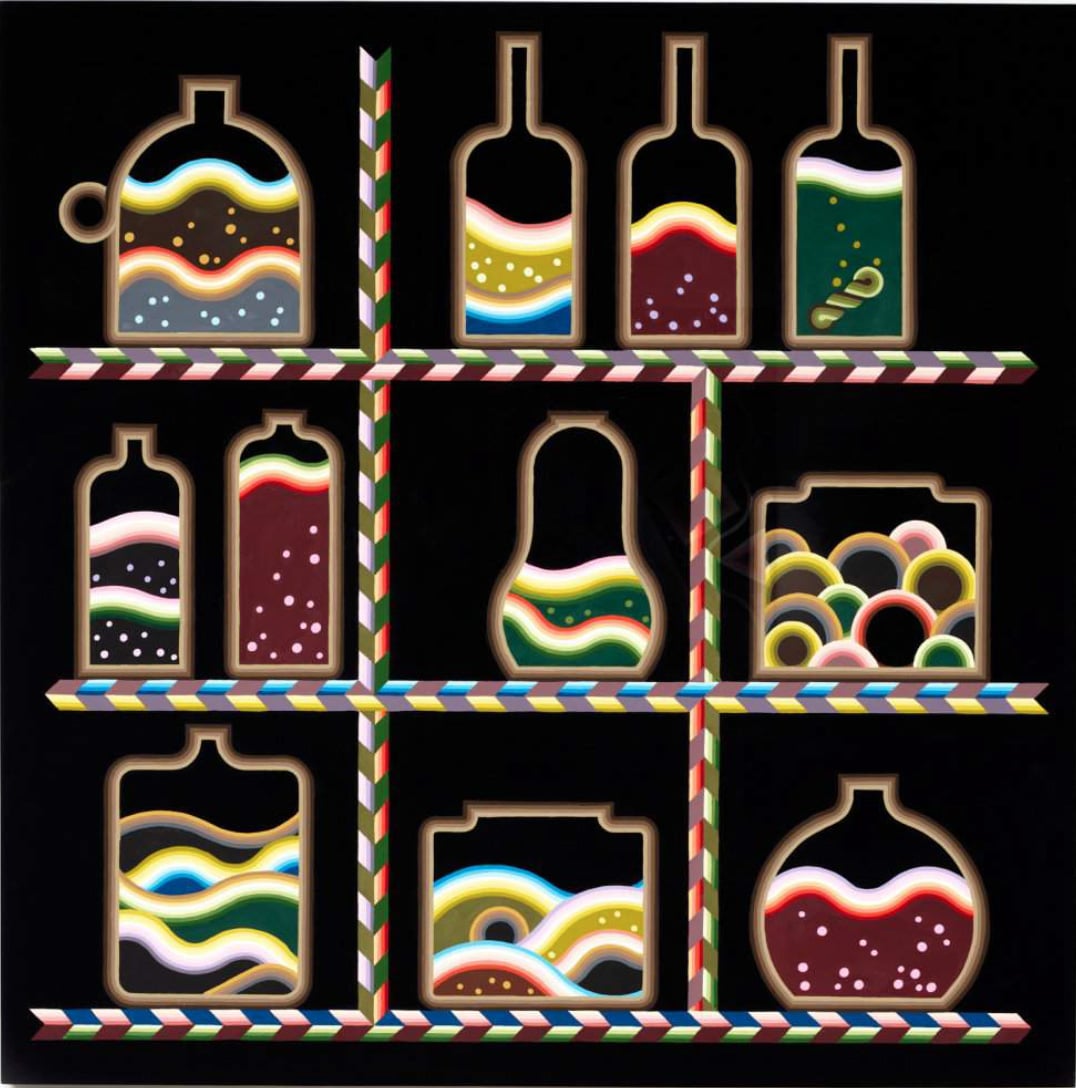 May 7 to June 11 – Edie Fake: Night Life at Rebecca Camacho Presents:  Edie Fake’s work blurs the lines between geometric and organic forms with structures adorned by elements that serve as both decorative and protective, Fake’s precise, intimately scaled, gouache paintings on panel center exploration of identity in the transgender and queer experience.  In a series of paintings analogous to sewing patterns, Fake considers the nourishment of personal presentation. Highlighting the importance of being able to wholly create or piece together from varying elements one’s external appearance, to adorn oneself in clothing and decoration that exemplifies self-care and intimate preferences, Fake’s impulse to paint towards situations that are significant on a singular scale becomes a larger queer dialogue of expression, visibility, and acceptance.  Opening reception is Saturday, May 7, 4 – 7 pm. 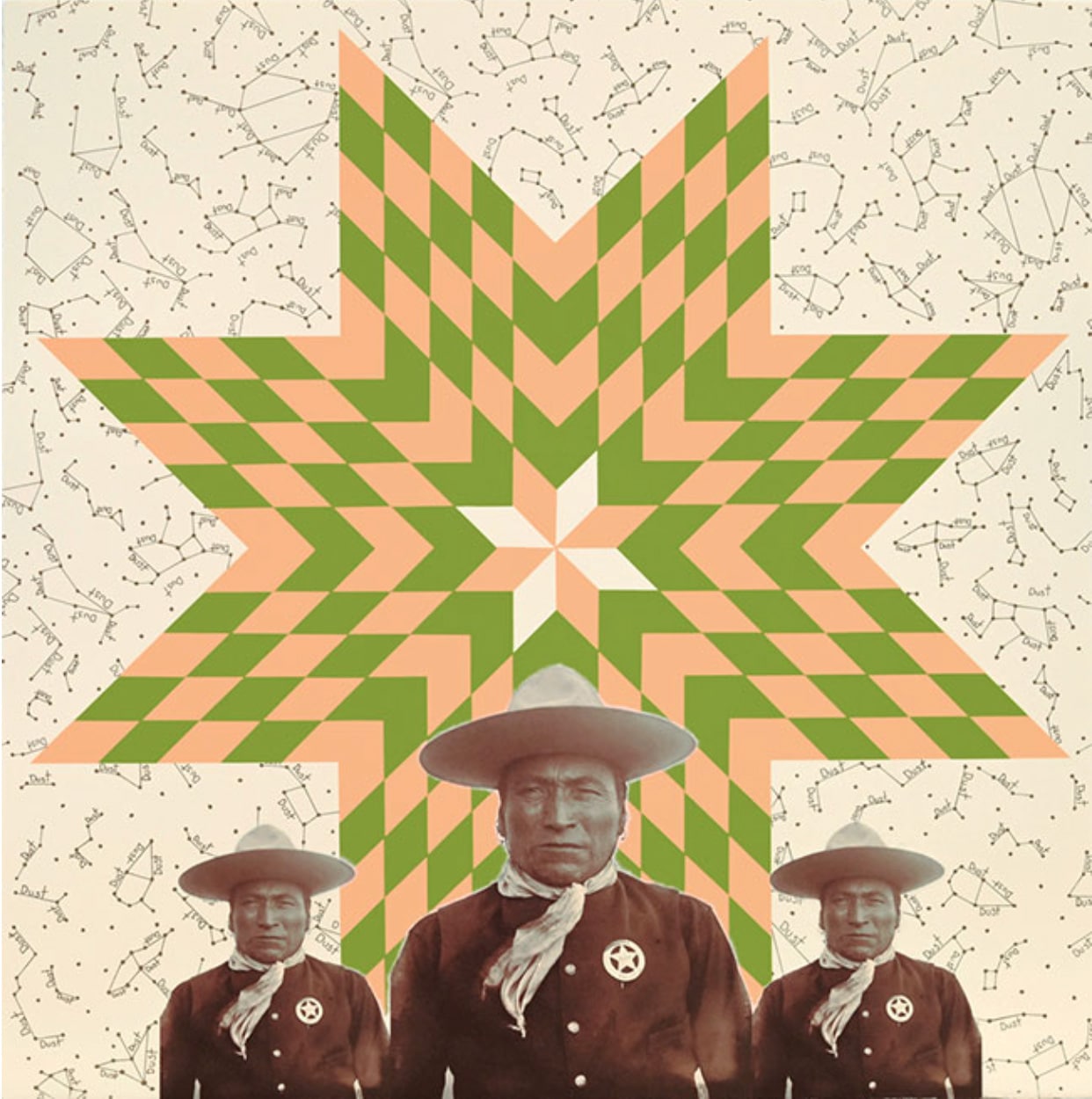 Ongoing to August 28 – Wendy Red Star:  American Progress at the Anderson Collection at Stanford University:  Wendy Red Star was raised on the Apsáalooke (Crow) reservation in Montana. Red Star’s work is informed by her cultural heritage and engagement with many forms of creative expression, including photography, sculpture, video, fiber arts, and performance. This exhibition explores the ideas of Westward Expansion and Manifest Destiny through the lens of John Gast’s 1872 painting, American Progress. Gast’s painting exemplifies the justification of American settlers driving Indigenous communities off their land during the 19th century. 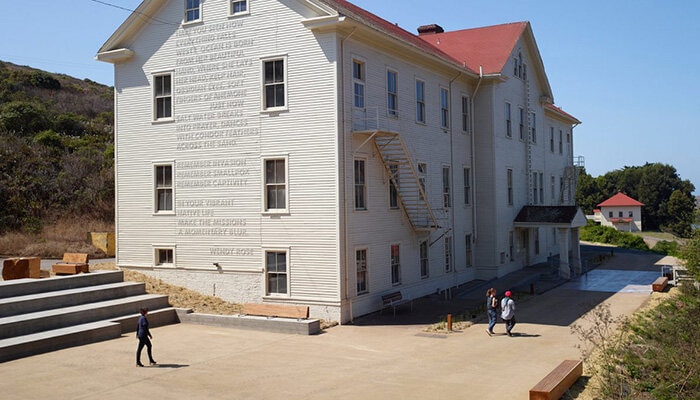 Headlands Center for the Arts

May 20 to 31 – Headlands Center for the Arts Benefit Art Auction held at Fort Mason Center: Showcasing works from more than 60 partnering artists and galleries, this benefit features silent and live auctions; creative experiences to bid on; site-specific installations from Headlands Alum Carole Kim, Annie Albagli, and Anja Ulfeldt and art activations inviting you to engage and play with practicing artists. The preview exhibition is free and open to the public.  Purchases tickets to the May 31 auction here. 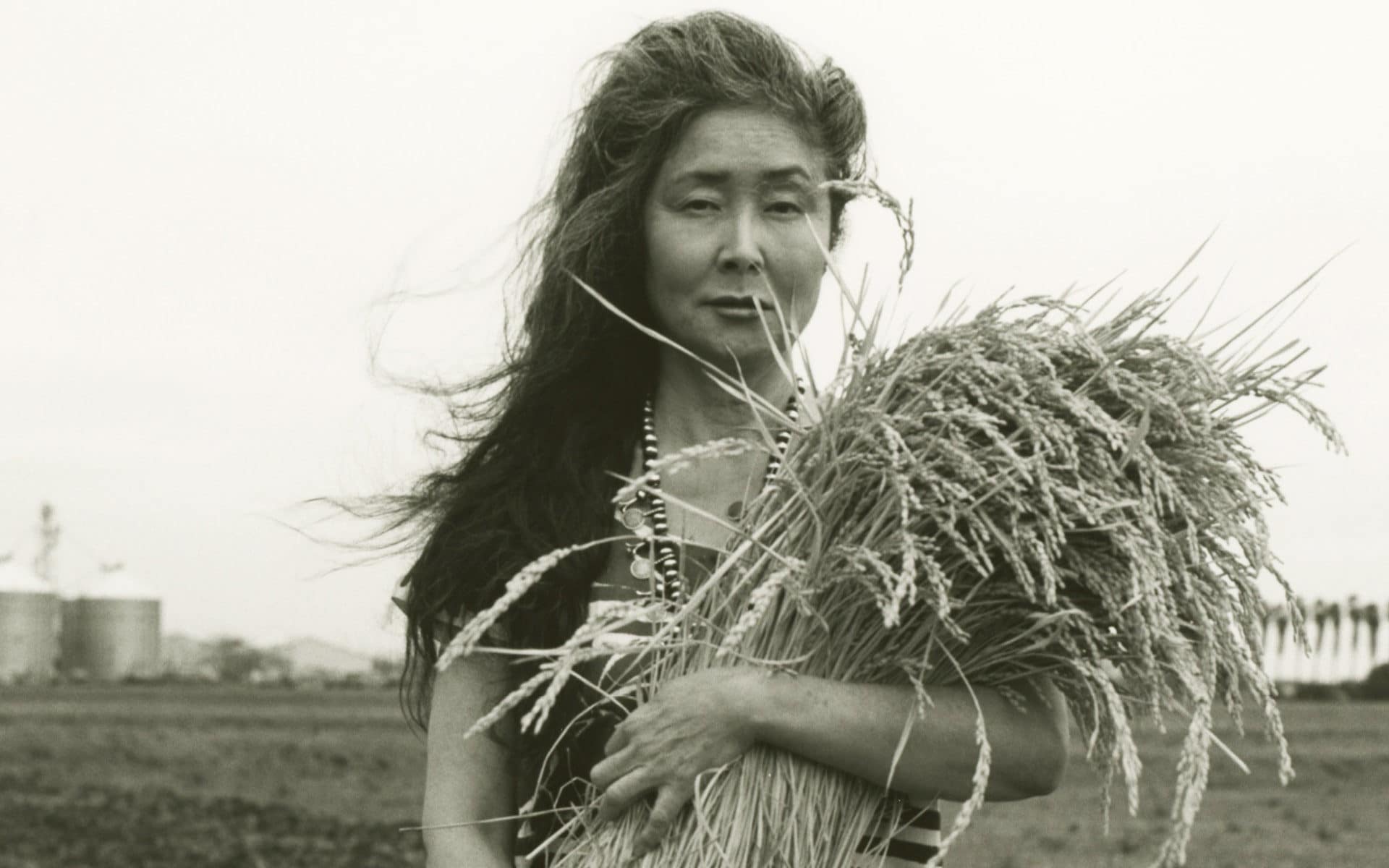 Image of Robin Koda, courtesy of the Asian Art Museum. 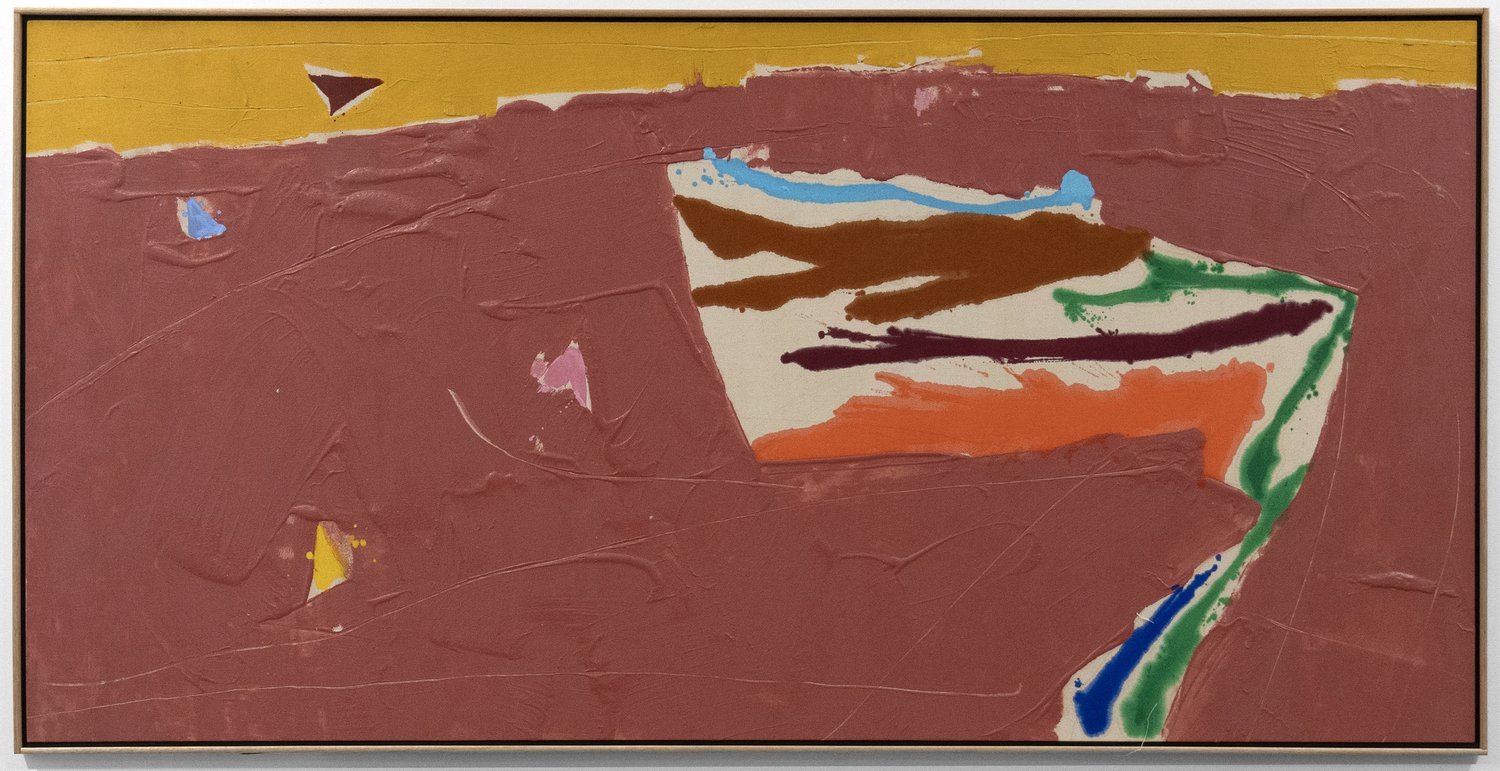 May 5 to June 25 – Kikuo Saito: Ouray at Altman Siegel Gallery:  Altman Siegel presents Ouray, the gallery’s first exhibition with the estate of Kikuo Saito (1939-2016). Long overlooked within traditional art historical discourses, Saito’s practice, and life, articulate a state of in-betweenness. Informed by his background in the theater, the artist created space for himself within established Color Field circles by devising a distinctive lexicon that integrated his multitude of experiences and artistic interests. Hence, Saito’s paintings are both historically significant and timely, reflecting a need to contemplate the hybridity and complexity of personal identity.