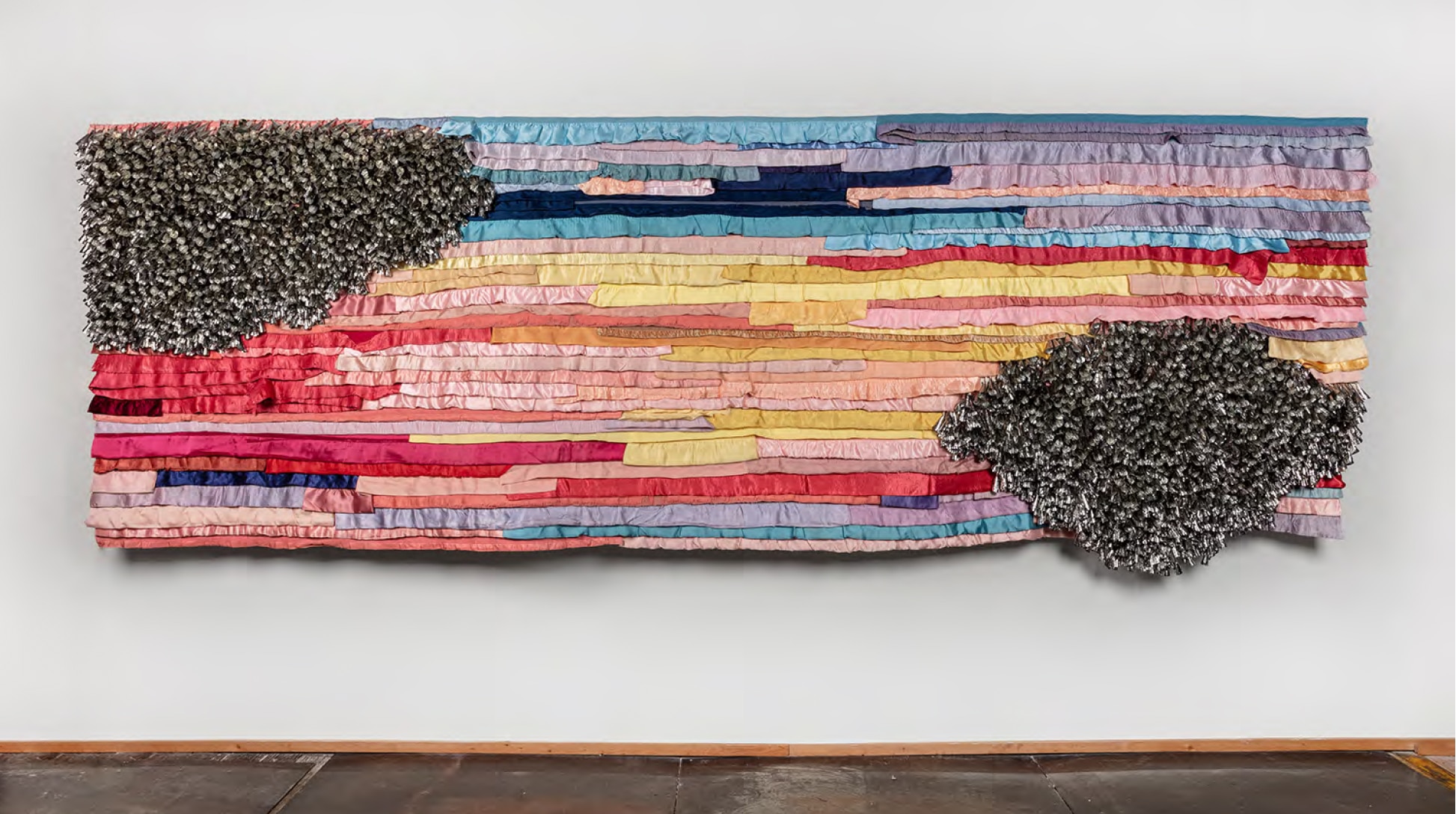 January 8 to February 19 – Marie Watt: Companion Species (Calling Back, Calling Forward) at Catharine Clark Gallery:  This exhibition features new work by artist, Marie Watt. Watt is a member of the Seneca Nation of Indians and also has German-Scot ancestry. Her interdisciplinary work draws from history, biography, Iroquois protofeminism, and Indigenous teachings; in it, she explores the intersection of history, community, and storytelling.  Her recent work explores the history of wool blankets.  She folds and stacks blankets forming columns that have references to linen closets, architectural braces, memorials; sculpture, the great totem poles of the Northwest and conifer trees. The wool material offers another layer of story that is physically and metaphorically woven into the work, like with cedar, which is considered to be a sacred natural resource for indigenous people of the Northwest.  Catharine Clark Gallery is located at 248 Utah Street in San Francisco.

January 8 to February 26 – High Plains | Rachelle Bussières, Blaise Rosenthal, Andy Vogt at Johansson Projects:  Johansson Projects presents High Plains, a three-person exhibition featuring the work of Rachelle Bussières, Blaise Rosenthal and Andy Vogt. Ranging in mediums from exposures on gelatin silver photo paper, to reclaimed wood lath constructions, and layered painting and drawing on canvas, these three artists use unique vocabularies to compose reflections of individual experience. Their practices share in the use of time and transmutation, each performing acts of alchemy in the studio that shift their humble materials in the direction of the sublime.  Johansson Projects is located at 2300 Telegraph Avenue, Oakland. 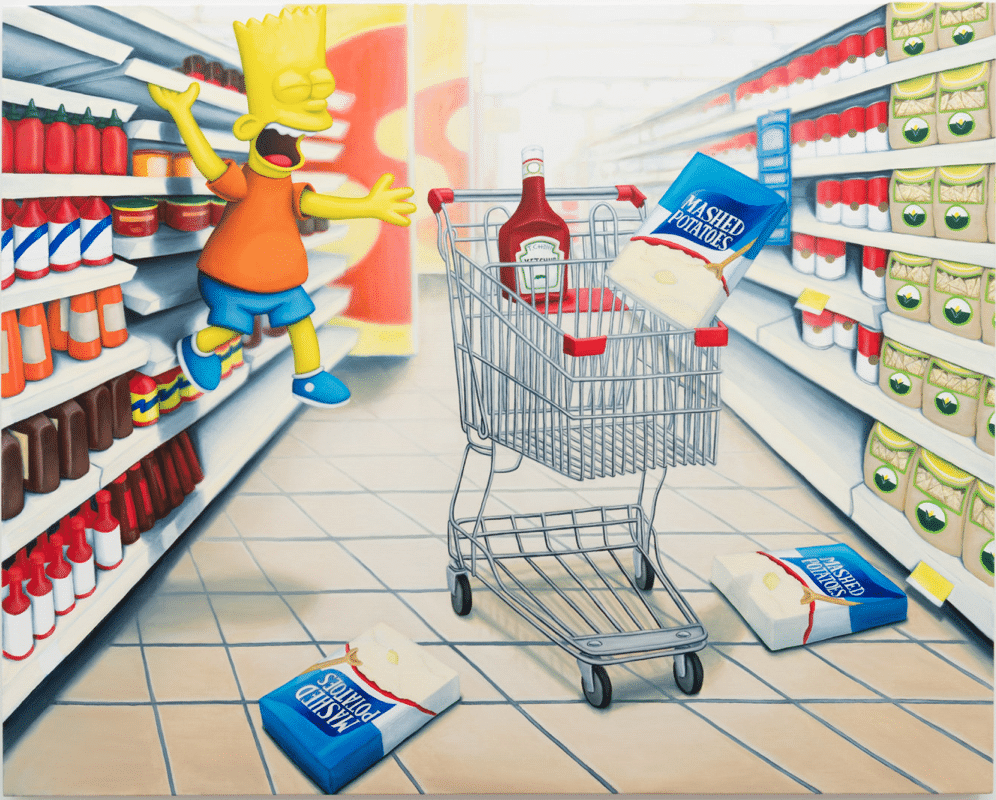 January 13 to February 19 – Troy Lamar Chew II: The Roof is on Fire at Altman Siegel:   This exhibition features new paintings enhanced with augmented reality by Troy Lamarr Chew II.  In Chew’s ongoing Slanguage series, coded meanings within wordplay in rap lyrics are teased out visually through the painting of everyday objects that carry specific symbolic innuendo. The paintings featured in The Roof is on Fire expand upon this body of work, adding legendary hip-hop dance crazes to the artist’s ever-evolving pictorial dictionary. Still carried out with the same tight realist skill, these new works move away from previous paintings’ art historical reference to Flemish still-life and further toward the Surrealist landscape and the palette of animation.  Altman Siegel Gallery is located at 1150 25th Street in San Francisco. 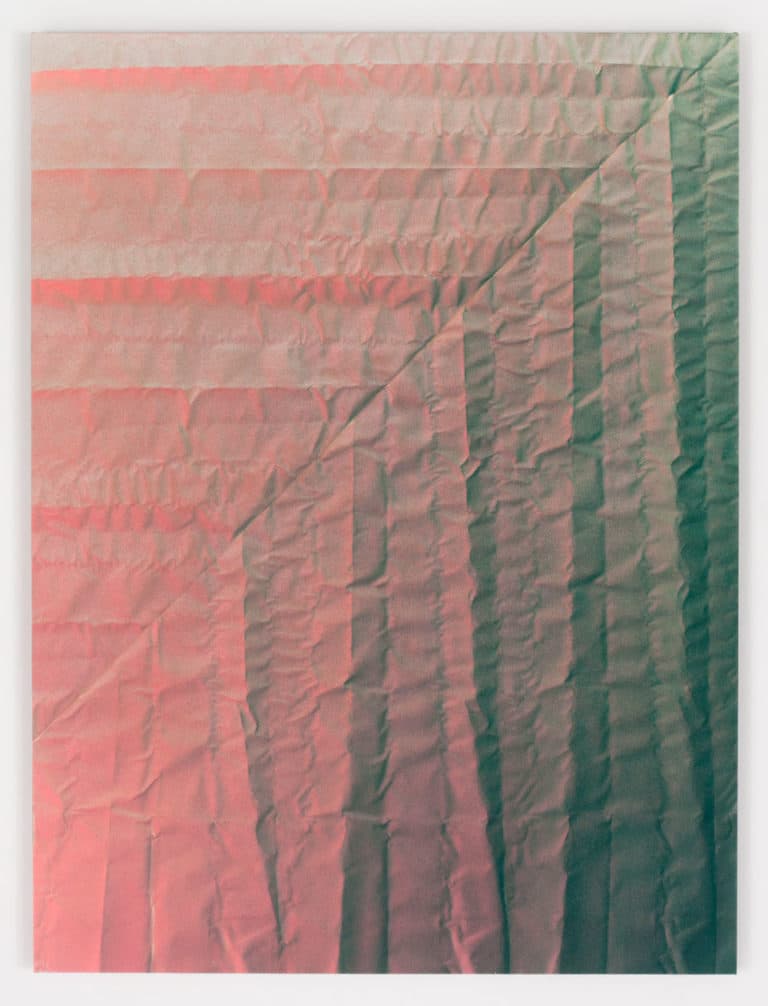 Ongoing to May 1 – Tauba Auerbach S v Z at SFMOMA:  Tauba Auerbach’s interdisciplinary work asks us to consider the ways that structure, pattern, and gesture function at intricate and vast scales. Often testing the boundaries of rational systems such as language, logic, geometry, and physics, Auerbach is driven by a curiosity about where these established principles break down or become subjective. Undermining what the artist calls the “habituated gaze,” the work contends with questions of what and how we perceive, exploring the existence of multidimensional space and the resonant capacity of certain shapes and forms.  SFMOMA is located at 151 3rd Street in San Francisco. 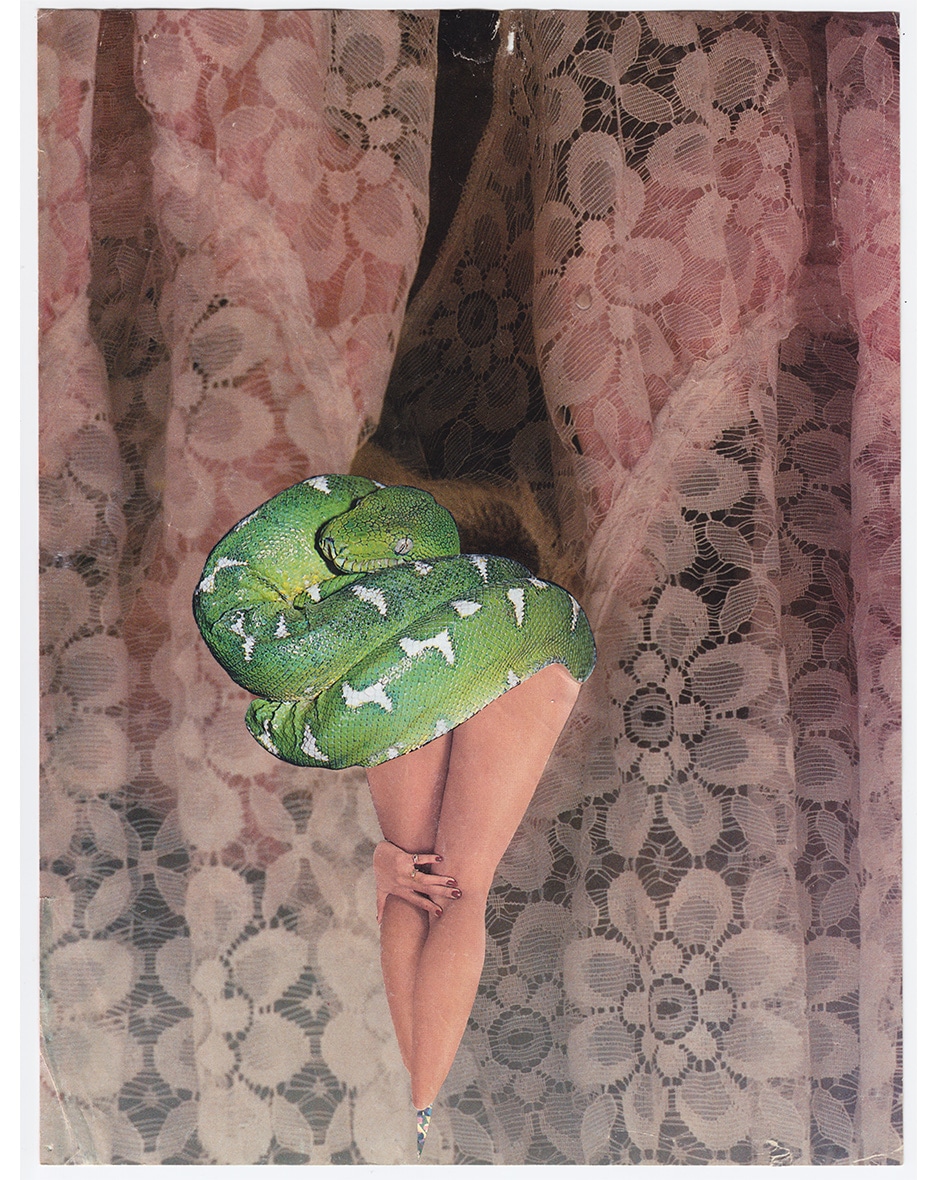 January 14 to April 30 – Image Gardeners at McEvoy Foundation for the Arts:  Image Gardeners assembles singular examples of modern and contemporary photography, spanning eight decades, to probe a wide spectrum of gender-expansive aesthetics. Early portraits by Diane Arbus and Vivian Maier demonstrate the modern woman’s access to the mechanics of the camera and the tools of self-representation. Barrier-breaking practices of collage, reconstruction, and appropriation are employed by artists Lorna Simpson and Stephanie Syjuco to conceal and conserve the often-objectified body. Newly commissioned presentations by Bay Area-affiliated artists Marcel Pardo Ariza, Carolyn Drake, and Chanell Stone respectively reflect on the transition of becoming with trans kin; reframe symbols of domesticity within a matriarchal southern American community; and resist the erasure of Black histories and bodies. Together, the images on view nurture new visions of selfhood and womanhood and challenge our collective understanding of how identities are assigned, communicated, and understood.  McEvoy Foundation for the Arts is located at 1150 25th Street in San Francisco. 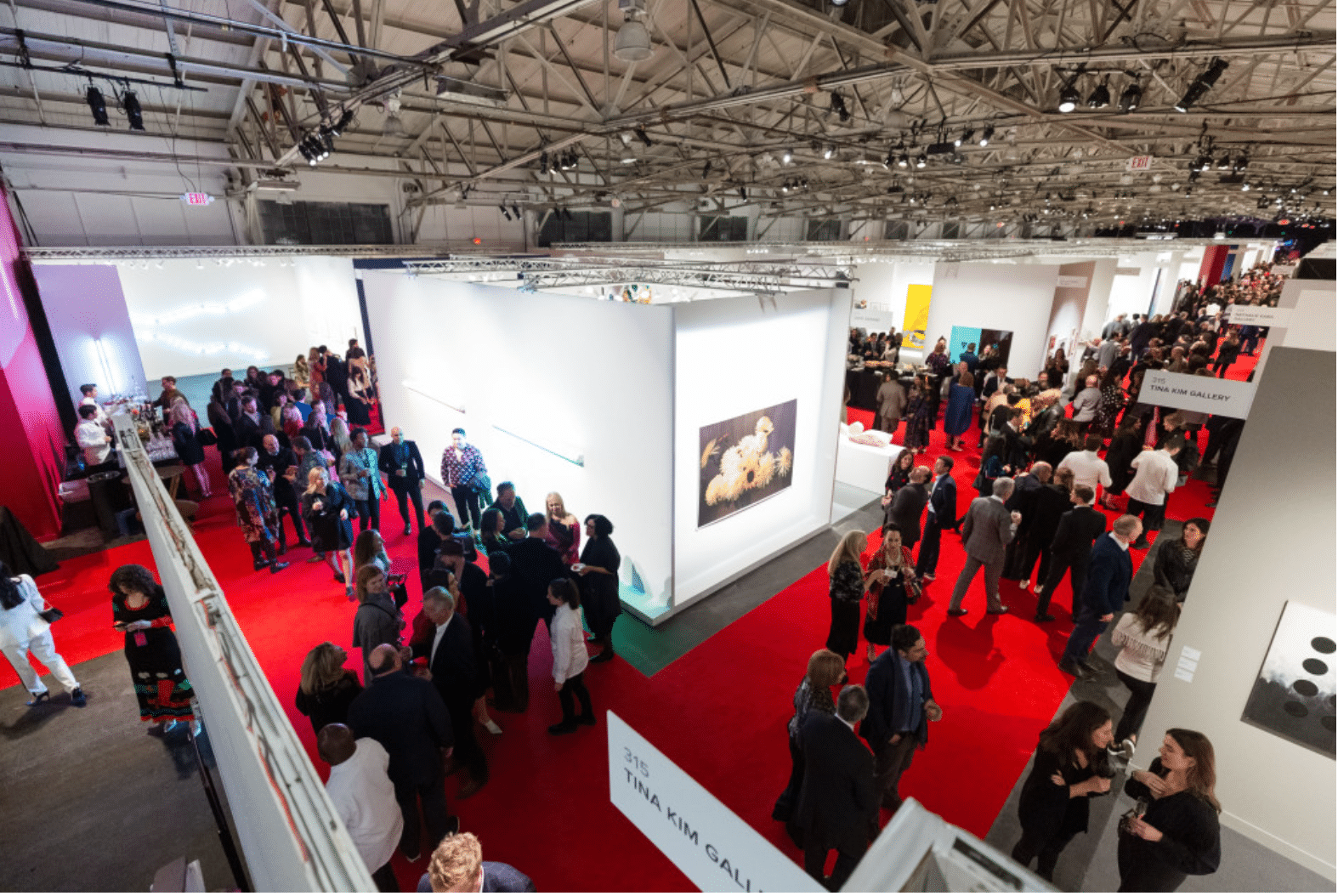 January 20 to 23 – FOG Design + Art Fair at Fort Mason Center for Arts and Culture:  This marks the eight edition of the fair featuring 45 leading international galleries and prominent 20th-century and contemporary design dealers. FOG 2022 will also feature a series of conversations in the FOG Theater at Fort Mason Center that are included with admission to the fair. The programming brings together leaders in the field of art, design, and technology to discuss some of today’s most relevant and pressing issues. 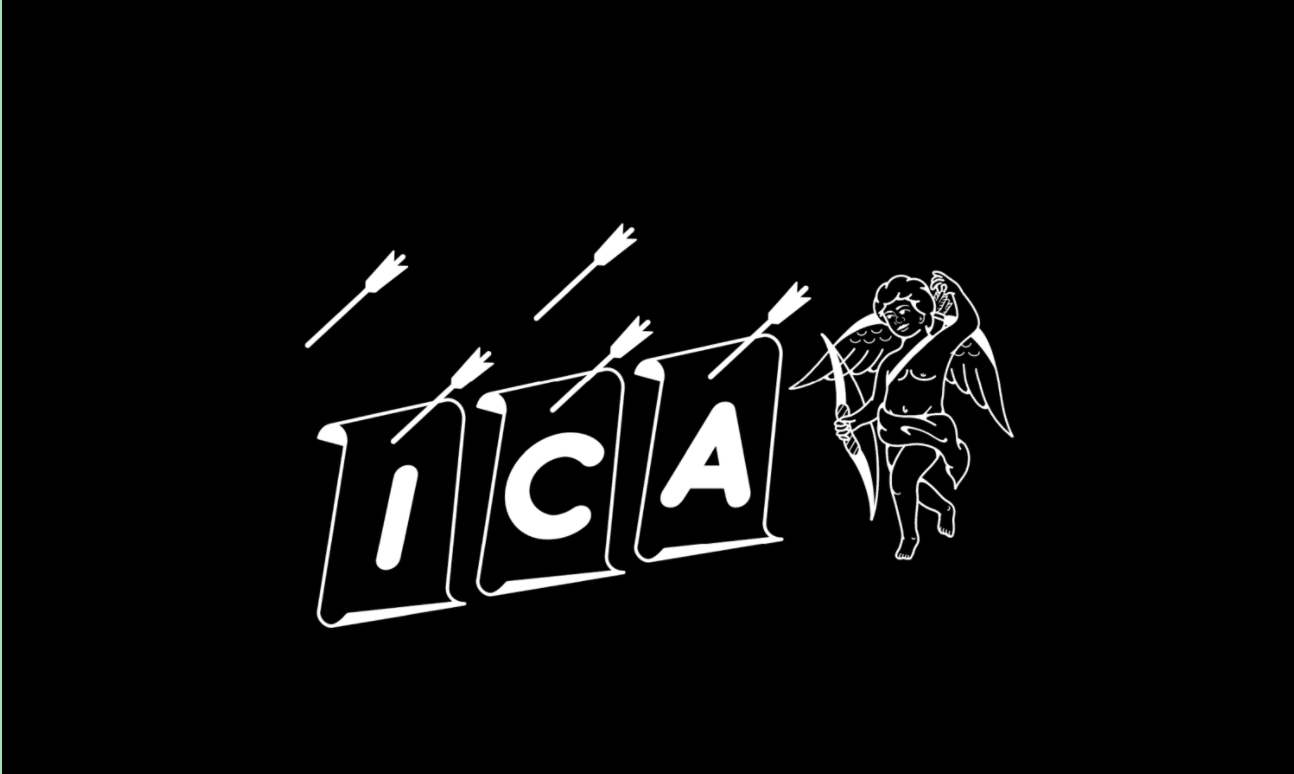 Chris Martin was commissioned by ICA SF to create this logo.  Image courtesy of ICA SF.

January 22, 6 to 9 pm – Chris Martin: Ancient as Time at ICA San Francisco:  ICA San Francisco is a new non-collecting contemporary art museum that prioritizes artists over art holdings, individuals over institutions, and equity and expansion of the canon.  Through boundary-expanding curatorial initiatives and collaborations across the arts, ICA SF seeds need-to-know, civically engaged local artists and curators into global consciousness and brings international artists to the Bay Area.  This event marks the soft launch of ICA SF with the opening of Meantime, an ongoing series of activations, performances, and takeovers. The entire program kicks off with Chris Martin’s project Ancient as Time.  The event is to celebrate the artist, hear a bit about his collaboration with ICA SF, and get a sneak peek of the space mid-construction before it fully transforms into the newest art space in the Bay Area.  The new ICA San Francisco is located at 901 Minnesota Street. 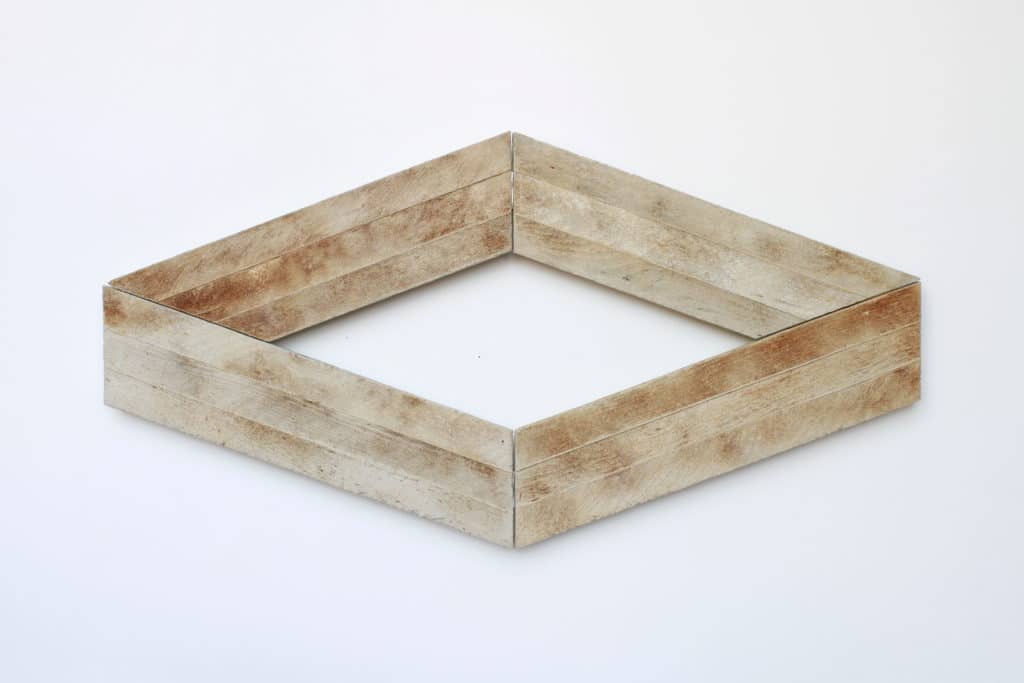 Thursday, March 9th 5:30 to 7:30pm – Chris McCaw: Time and Tides opening reception at Haines Gallery: Bay Area photographer McCaw’s innovative practice is firmly rooted in the history of photography while simultaneously pushing the medium in new directions. Often, the high-caliber lenses on his handmade cameras essentially function as magnifying lenses, allowing the sun to blaze a traceable, visceral path across light sensitive photographic paper over several hours of exposure. The resulting works harness the tension between destruction and creation, their elegant and polished style belying a dependence upon the brute contribution of light and the spin of the earth. Chris McCaw will also be in conversation with Julian Cox: Wednesday, March 8 at 6pm. Haines Gallery is located at 49 Geary Street in San Francisco.

Announcement for Root Division’s biennial juried exhibition featuring the works of MFA candidates at 9 of the top Bay Area institutions.

Saturday, March 11th 7 to 10:00pm – Opening reception for MFA Now 2017 at Root Division: Now in it’s fifth iteration, the MFA Now project provides a platform for looking at Bay Area artists and institutions in order to promote dialogue between programs and to archive current art-making practices and models. This year’s exhibition includes the work of twenty five artists selected by juror Natalia Mount (Executive Director, ProArts Oakland). Selected from over 153 submissions based on a single image and artist statement, the works included in this exhibition display a quality of content and execution that is indicative of the rigor of advanced art degree programs. Ranging in media from large scale installation, to video, sculpture, photography and painting, the exhibition is a rare glimpse into the developing practices of candidates prior to their thesis presentations. Root Division is located at 1131 Mission Street in San Francisco. 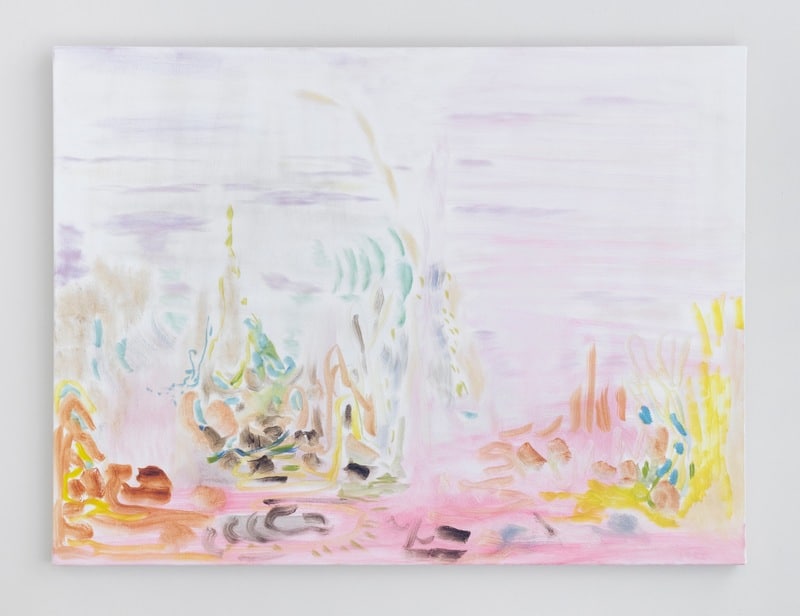 Saturday, March 11th 5 to 8pm – Opening reception for Laurie Reid: Nutshell at Et Al. etc curated by Juana Berrio: Laurie Reid’s work is an exploration of the coming together of the intellect with the psychological and physical worlds she inhabits. Her explorations are open-ended and intentionally inconclusive. “I see painting as a place where water, atmosphere, gravity, paper and pigments intersect and interact with each other and the artist in a way that…manifests some of the singular properties and the simple mysteries of the world we live in.” This solo exhibition of her work runs from March 11th – April 15th at Et Al. etc located at 1275 Minnesota Street in San Francisco. 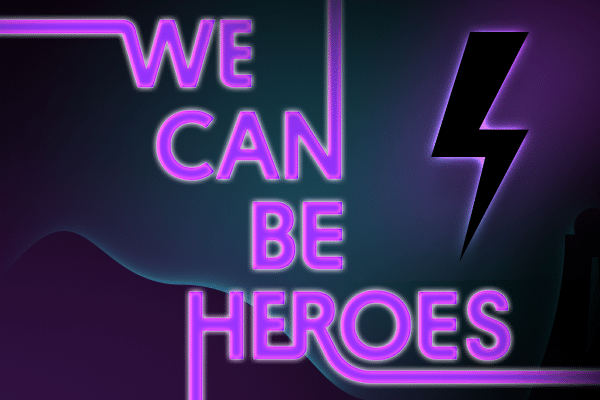 Saturday, March 18th 6 to 11pm – We Can Be Heroes Southern Exposure’s Annual Fundraiser + Art Auction: This year’s auction is a celebration of the Southern Exposure community’s ability to resist, confront, and thrive in a world replete with social and political challenges. Marked by a fierce glamour and punctuated by hopeful moments of protest, the year ahead will be defined by our large and small heroic efforts. On March 18, the great hall of Minnesota Street Project is revealed as a gathering space for heroes of all creeds, filled with a battalion of artworks in our live and silent auctions, delicious food and drinks, and artist-led experiences. Purchase tickets here. The event will take place at 1275 Minnesota Street in San Francisco.